Some of the earliest beauty pageants I emceed:

The 1989 Miss College of Arts & Sciences would occupy a special place in my heart of hearts for it was the very first pageant that I emceed, my baptism of fire so to speak. Sharing equal billing and exposure with me was the very eloquent and ethereal Miss Tagbilaran 1987 Fiel Angeli Araoarao now Mrs. Jerome Gabin. It was to be the first of so many successful stints for our emceeing tandem
It was followed in December that year with the 1989 Campus Girl Quest, an inter- school personality search won by Tiffany Yap of Bohol Wisdom School

The 1991 Miss Divine Word College Search proved to be a long wait for its candidates and emcees. They had to wait for one whole year because the campus beauty tilt scheduled on February 1990 had to be cancelled after an earthquake struck Bohol on the eve of the contest.

I have emceed ten (10) editions of the Miss Bohol Sandugo Pageant as indicated below with winners included: 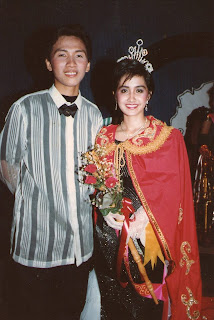 Hosting the very first Miss Bohol Sandugo Pageant back in July 1990 with the first winner, Tiffany Yap of Jagna.

Jagna would later on win the crown for the next two years thus achieving the very rare threepeat victory. 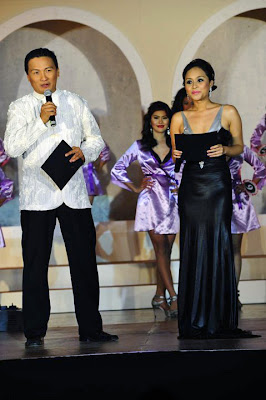 She is truly a delight to work with

Hats off to you Rhiz!

The Chocolate Hills Lady Jaycees had been tasked by the City Government to oversee the annual Mutya sa Tagbilaran Search since 1990.

It was in 1993 that I had my first Miss Tagbilaran Pageant emceeing experience. The winner that year was Sophia Lorraine Alvarez

That was to be the first of 11 hosting assignments for Miss Tagbilaran. The other editions with their respective winners are as follows:

I have emceed also the following international pageants:

I thank God for giving me the opportunity to emcee the most prestigious municipal pageants in Bohol such as the following:


Another highlight of my pageant emceeing was the Coronation Ball of the Centennial Queen of Circulo Boholano de Cebu to celebrate their 100th founding anniversary.

My emceeing partner was the 2004 Ubi Festival Queen of Bohol and 2004 Miss Bohol Sandugo, the very classy and very eloquent Rhiz Nova Arenas