Looking back at the year that was, perhaps it was pre- ordained that there would be no Miss Universe pageant for 2014 in fact, the only year when the 64 year old pageant didn’t stage the annual beauty competition.
Year 2015 saw the coronation of two Miss Universes. We have Paulina Vega of Colombia who won in January 25, 2015 and would be known as the 63rd Miss Universe and of course Pia Wurtzbach of the Philippines who was crowned on December 20.


The universe mourned the demise of USA’s Sylvia Hitchcock Carson-Miss Universe 1967 who lost her battle with cancer on August 16, 2015 at the age of 69.

She was crowned the 16th Miss Universe on July 15 1967 in Miami Beach, Florida and reigned until July 13, 1968. Movie actress Pilar Pilapil was the Philippine delegate to Miss Universe in 1967.

Sylvia was the only Miss Universe who flew all the way from the US to join Miss U 1952 Armi Kuusela and Miss U 1969 Gloria Daz as special guests in Miss Universe 1974 being held in Manila. All three Miss Universe winners were seated right onstage.

It was an instant reunion for Sylvia and Bob Barker for the legendary host debuted as Miss Universe pageant emcee in the 1967 edition which Sylvia won.

Later this year, Miss Universe fans were greeted with the sad news that Luz Marina Zuluaga of Colombia, Miss Universe 1958 passed away on December 2 due to heart failure. She was 77 years old.

The late Luz Marina almost didn’t meet her destiny with the Miss Universe crown on her head for she finished as 1st RU only during the 1957 Miss Colombia Pageant.


However, the winner got married just before the pageant thus giving Luz the chance to compete as Colombia’s very first Miss Universe representative. She was crowned the 7th Miss Universe on July 26 1958 at Long Beach, California and reigned until July 24, 1959 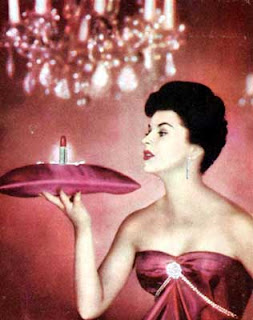 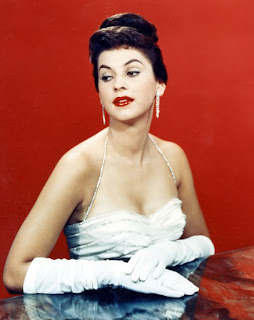 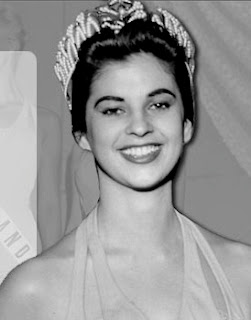 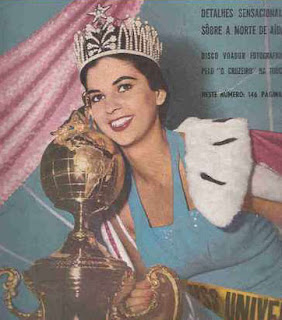 .
Her Miss Universe victory was rewarded by the Colombian government by making her tax- exempt for life and was gifted by the people of Manizales, Colombia (her place of residence) with a mansion.

With the crowning fiasco that marred the Miss Universe 2015 finale, it was just natural that people all over the world would be talking about the pageant.

Pia Wurtzbach got the pleasant surprise of her life when New Yorkers recognized her during a stroll in Times Square. People actually greeted her and had photos taken with her.

Looks like our Pia will be on to a great Miss Universe reign! 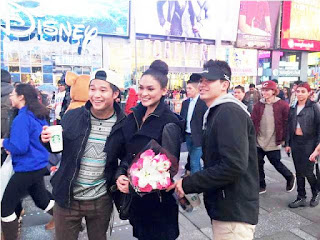 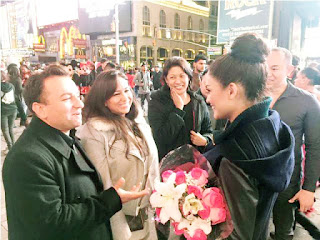 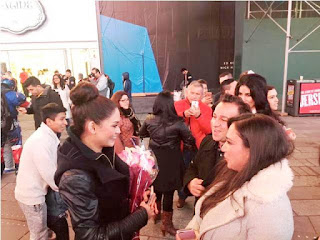 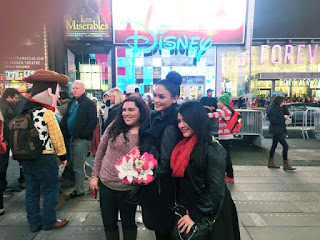 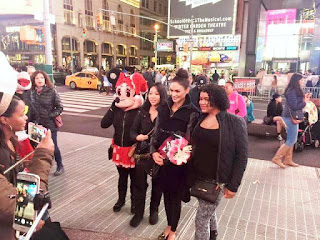 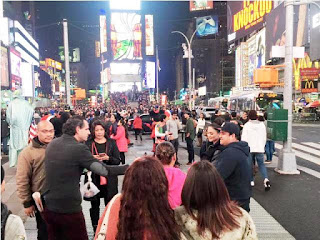 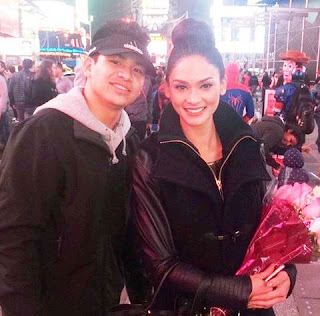 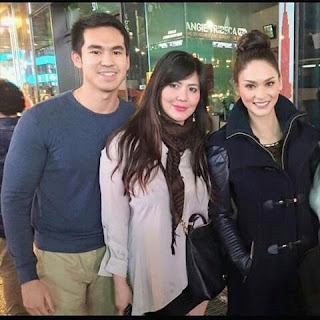 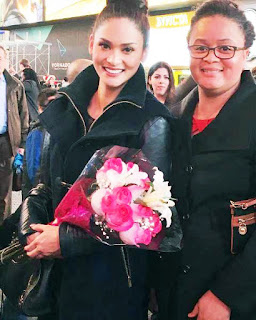 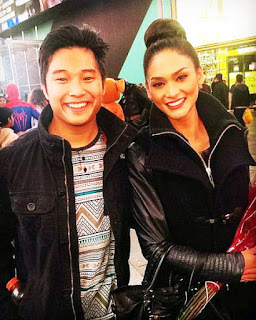 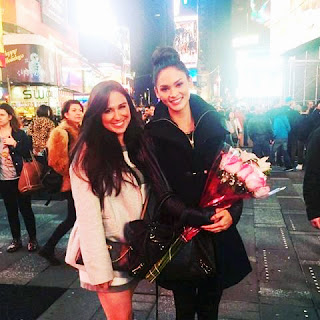 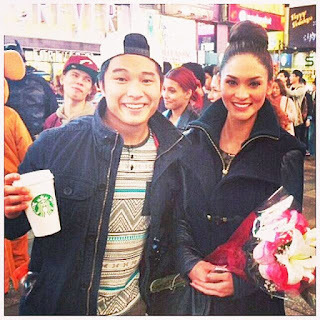 And I was right after all! You see, right after Pia Wurtzbach was crowned Miss Universe 2015, I posted in my FB Timeline that Pia will be saying goodbye to the Philippines albeit temporarily and say hello to the universe.

A few others said that Pia will be returning home for a few days to celebrate the holidays but with the Miss Universe fiasco still fresh in everyone’s mind, I don’t think the Miss Universe Org will let her off.
After all, right after a new Miss Universe is crowned, she is whisked off to New York City where a new luxury apartment, a new world and a new job await her for the year of her reign. 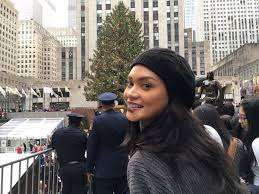 I believe she will be given a chance to return home briefly for her homecoming victory parade and reconnect with her fans and followers. I strongly suspect that her visit will be timed with the crowning of the 2016 Bb Pilipinas queens.
For the meantime, Pia is busy adjusting to her new life in New York City and should start getting used to the luxury accommodations plus living expenses that are part of her prize package while doing the rounds of TV interviews, countless photo shoots and radio guestings.  She will also be making appearances at sponsor events and speak on behalf of charity organizations.

Pia will spend her reign representing MUO and her platform and advocacy, raise awareness and funds for charity and will definitely be traveling around the globe.

And Christmas comes earlier than usual that is for GSIS Bohol Branch and its Boholano members and pensioners. 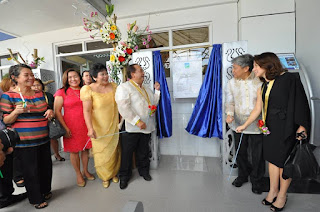 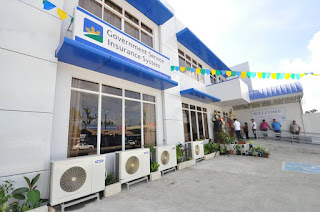 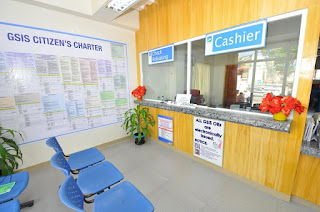 The date was very auspicious for it ushered in not only the season of good tidings, of love and of hope but also of GSIS Bohol's commitment to uphold and continue the legacy of excellent & responsive client- centered service. 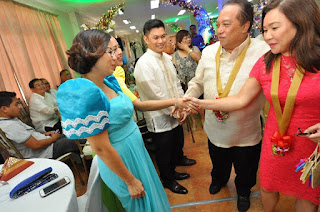 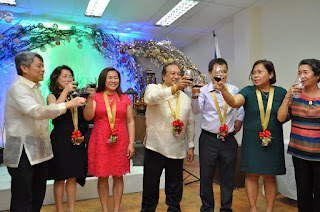 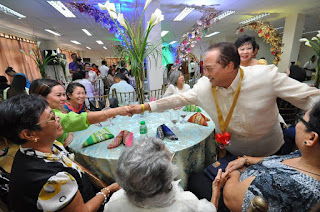 Did you know that Bohol’s very own Blue Grass Project composed of Boy Dumadag & Michael Yu represented the Philippines at the Orchid Exhibition & Sanya Culture Fair that was staged as an auxiliary event with the Miss World 2015 Pageant held in Sanya, China just recently?

They did not only represent the country ably and beautifully, but also participated in the design & creation of floral tiaras to be worn by the Miss World 2015 beauty delegates who graced the floral show & exhibit. 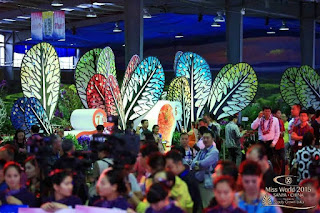 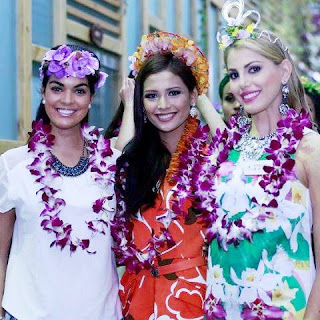 Here’s Miss Indonesia wearing the Blue Grass Project tiara during the girls’ visit. Miss Indonesia eventually won the Beauty with a Purpose award and finished as 2nd Princess. The highest placement ever for Indonesia in any Grand Slam Beauty Pageant in the world!

Congratulations Miss Indonesia and to Blue Grass Project too! 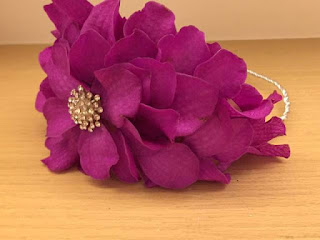