Your Roving Eye, together with Panglaoanons, tourists, visitors & revelers will be in Panglao today to join in the festive and colorful Hudyaka Festival, the penultimate highlight of its annual town fiesta.
Now on its 29th year, the festival was organized as an opportunity not only to celebrate the feast of the town’s patron saint San Agustin but also to manifest the religiosity of Panglaoanons through an established cultural identity and to express the townsfolk’s expression of thanksgiving to Señor San Agustin. 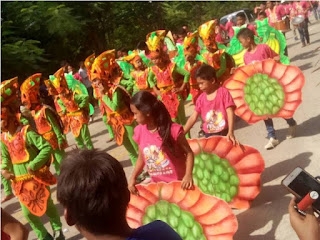 The late Loy Palapos aptly coined the festival’s name as “Hudyaka” which in the Cebuano dialect, literally means merrymaking, happiness or gaiety.

Mr. Roque Cubar, Panglao Municipal Accountant & Hudyaka Festival Project Chair, shared that the festivities starts at 1pm with a grand parade & the streetdancing competition followed by the ritual performances at 4 pm at the Panglao Town Plaza. 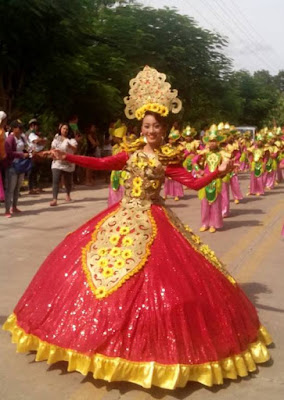 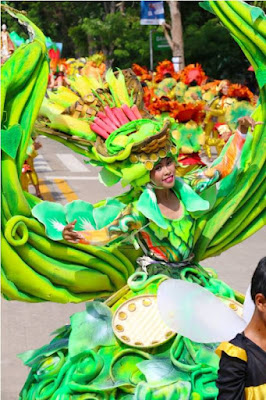 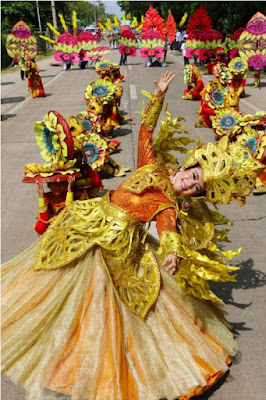 The selection of the 2016 Hudyaka Festival Queen will cap the whole activity. Just like the last two years of the festival, Panglao talents from choreographers to performers will be highlighted as all ten participating barangays compete for prizes, trophies and bragging rights in two categories; streetdancing and ritual performances. 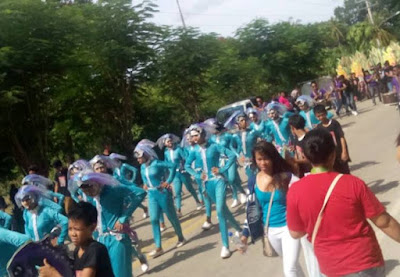 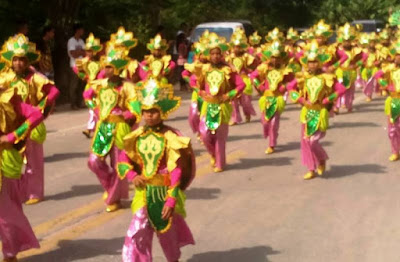 Aside from a spectacular fireworks display, the biggest come on is the very first Mardi Gras style of celebration & the street party to be staged at the event venue after the contest winners have been declared. 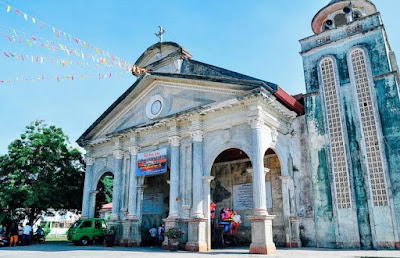 Aside from three top winners in the Ritual Dance Category, special awards will be given for Best in Costume, Best in Musicality & Best in Choreography.

The panel of judges composed of Ms. Marichu G. Tellano - Exec. Dir. NCCA, Ms. Shirley Halili-Cruz - Founder, Halili-Cruz School of Ballet, Former Head NCCA Committee on Dance, Ms. Lady Cely Chiongbian and Ms. Fiel Angelie A. Gabin - City Information Officer will be chaired by Mr. Ricardo R. Ballesteros Jr., Exec. Dir. Sinulog Foundation
Panglao Mayor Nila Montero & Vice Mayor Pedro Fuertes, along with the rest of the LGU officials, will be there to lead the municipality and revelers in the kaleidoscope & explosion of colors & rhythmic beat in today’s grand finale!
See you there!
at August 29, 2016 No comments: Links to this post

Bohol’s Homage for the Grand Dame of the Visual Arts

Hours before  Boholana artist Hermogena “Nang Nene” Borja Lungay, Grand Dame of the Visual Arts, was sent off to the Great Beyond where there is eternal sunshine and where pain is unheard of, friends, family & Bohol's cultural & literary arts circle were at the Bohol Cultural Center for her tribute.

The Province of Bohol & the City of Tagbilaran honored her with a tribute that recognized her outstanding talent in painting and her immense contribution in uplifting the image of Bohol through her treasure trove of artwork.

Her priceless watercolor & oil pieces captured the rustic charm & pastoral idyll of rural Bohol, its people, its traditions and culture. 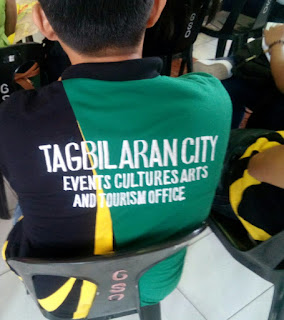 During the tribute held at the Bohol Cultural Center, commissioned Nene Lungay paintings were on display thanks to proud owners like Atty. Lucas “Doy” Nunag, Enriqueta Butalid, Norris Oculam and the Magaro Family.
Well- known Boholano artists like Ric Ramasola, Corazon Logarta, Madame Enriqueta Butalid & adopted Boholano son Joshibiah de Juan were on hand to give their respects through their testimonies and their art form.

Even Gardy Labad and the Loboc Children’s Choir were on hand all the way from Taiwan. 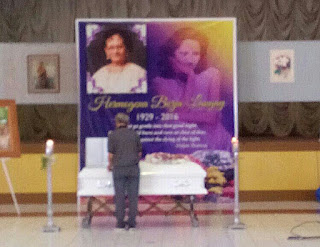 Her younger sister Rosario “Inday” Corales shared some poignant reminiscences about her Ate Nene about her artistic temperaments, her aspirations and how her introverted nature which made her turn down a scholarship grant to study in an art school in Spain.

Two of Nang Nene’s children Gene Lungay and Nellie Lungay expressed their wholehearted gratitude for the outpouring of love and admiration for their Mama.

But more than the accolades and honors she has given to Bohol, the greatest legacy that she has bequeathed to Bohol is the Udlot Summer Art Workshop that she organized in 1985.

The longest- running art workshop in the province has discovered and nurtured the talents of many promising young artists who have pursued their artistic inclinations. 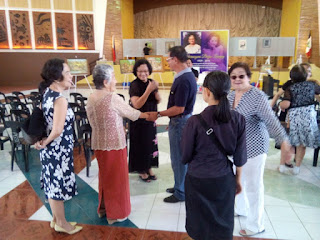 As we bade Nang Nene a final adieu that bright sunny afternoon at the Victoria Memorial Park, there was nary a tear of sadness nor grief.

Instead, there were smiles and utterances of gratitude as those present realized that friends, family and contemporaries have gathered to celebrate the life of a well- respected Boholana artist whose passion and interest in the arts has influenced and touched the lives of many a Boholano.

They followed God’s commandment “Love Thy Neighbor” literally. After all, they were neighbors who fell in love when they were both in high school.

Many skeptics thought it was just puppy love and would just peter out. But no way Jose!  Jemar Paga and Maria Luz Manito who became sweethearts in July 21, 2005 or exactly 11 years ago decided to tie the knot on the day of their 11th anniversary. Jemar proposed to Luz on July 21, 2015 ten years after they became an item.

Both Jemar & Luz came home from Singapore for the most romantic day of their lives. Fr. Vengie Laguros was the officiating priest when the lovers became one at the IHMS and entertained their guests at the Bohol Tropics Resort.
Coordination services provided by Budz & Bagz Boutique & Bridal Coordination Services
at August 16, 2016 No comments: Links to this post

It’s true. When a door closes, a window opens. Such is the case of Bretziel Llanzaderas Laurel, the towering 5’ 9” beauty who represented Loon in the 2016 edition of Miss Bohol where she was unplaced despite an outstanding performance. 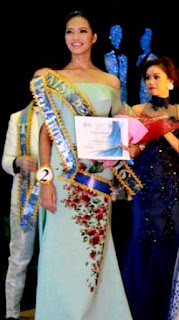 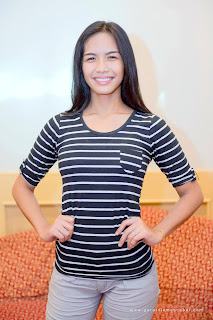 Bretziel is beautiful with or sans make up


Egged on by classmates, teachers and peers to join the Miss Teacher’s College Quest in Cebu Normal University, Bretziel almost backed out when she was informed of the sad news that her dear lola Cita Comajig Laurel had passed away hours before the pageant finals.

Love for her lola, duty & responsibility prevailed when she realized that it was her lola who wanted her to become a beauty queen.
Before the night was over, she was proclaimed as the new queen who will represent her college in the campus- wide search for Miss Cebu Normal University this September.

With her lola to guide her in the upcoming pageant that selects CNU's bets for the regional and national competitions, Bretziel is in good hands.

Coincidentally, the Miss CNU title is currently held by Jessanie Mangaron who also represented Loon in the Miss Bohol 2014 Pageant.

As early as 2014, during the Miss Panglao Pageant that year where I sat as a member of the panel of judges, I already saw Cecile Mae Grupp as a potential winner for Miss Silka Philippines.

Well, the skin whitening beauty product’s penchant for mestiza beauties and Cecile’s alluring combination of coquettish charm and saccharine sweetness were the factors going in her favor.

Although Cecile eventually wound up as 2nd RU, I knew she was destined for something bigger.
And I was proven right! But that's getting ahead of the story.

Last year, during the recruitment period for Miss Silka Bohol 2015, I remembered her again and went to Panglao to know her whereabouts.

I found out that she was an OJT trainee at the Alona Tropical Beach Resort, I gave her my card and then asked if she was interested to join the pageant and she coyly declined saying that she was focusing on her studies at the Cristal E College in Panglao. 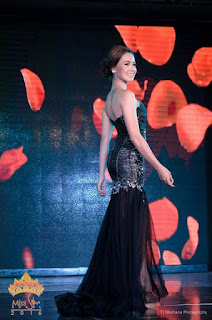 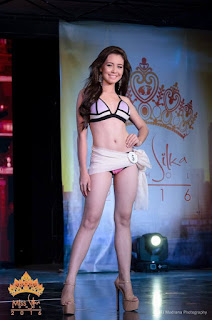 Cecile Mae Grupp stands out in her gown & swimwear


I got the surprise of my life today when I came across the news that Cecile Mae Grupp has just been selected as Miss Silka Bohol 2016 during the pageant finals held at the Island City Mall Activity Center and will be representing the province in the national finals later this year!
Aside from the crown, the newly- crowned Miss Silka Bohol 2016 also won Miss Photogenic and Best in Gown special awards.
Cecile will surely have big shoes to fill as last year's bet Geraldine Topsnik emerged 1st RU in the national finals but I'm confident she will do well .

Cecile is the latest product from the Miss Panglao Pageant to have done well in other pageants. It's no surprise actually with the training & support from Mayor Nila Montero, Councilor Aya Montero & pageant mentor Deo Guden

Here are the complete results:


Congratulations to all the winners!

Photo credit: TJ Medrana Photography
at August 08, 2016 No comments: Links to this post