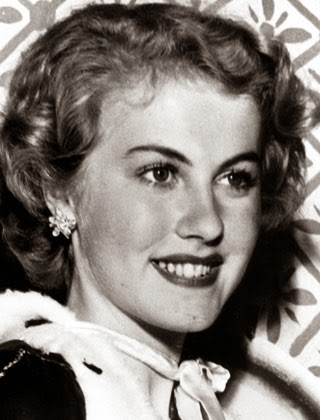 Who would have thought that the first Miss Universe would end up marrying a Filipino gentleman?

It all began when Armi Kuusela of Muhos, Finland won her country's national pageant, Suomen Neito, on May 24, 1952.

She was awarded a box of chocolates, a gold bangle, and a two-way ticket sponsored by Pan American Airways to the United States.

On June 17, Kuusela took a flight to Long Beach, California and the first Miss Universe contest was held.

Thirty contestants participated in the first Miss Universe pageant in 1952. The pageant was held on June 29, 1952, at The Municipal Auditorium in Long Beach, California and Kuusela, as Suomen Neito, captured the crown. 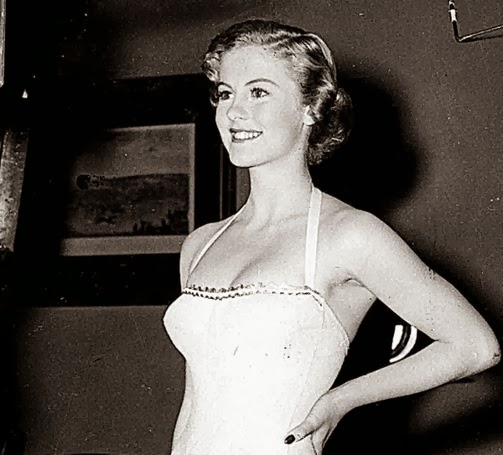 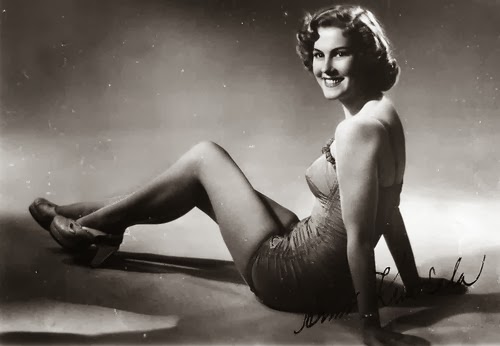 Her Court of Honor included: 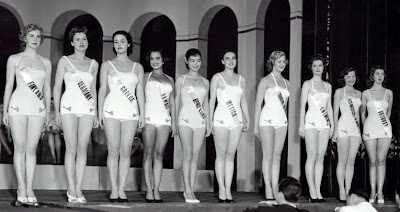 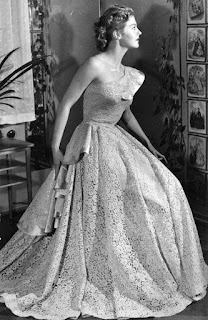 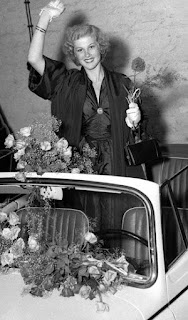 Immediately after her winning there was a Finnish movie made of her, called Maailman kaunein tyttö (World's most beautiful girl) where she played herself, and Tauno Palo acted Jack Coleman (opposite role). It was directed by Veikko Itkonen, with writing credits going to Mika Waltari. 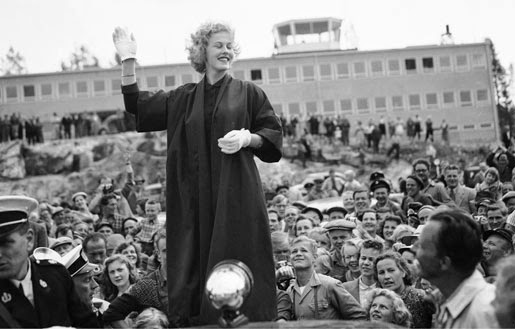 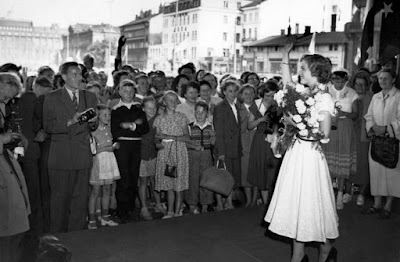 Armi was crowned by Hollywood actress Piper Laurie (who was also on the cover of the souvenir program; she co-starred with Ronald Reagan in her first movie Louisa in 1950, and best remembered as the fanatically religious mother in Carrie and in Children of a Lesser God; the last two merited her Oscar nominations for Best Actress in 1976 and Supporting actress in 1986, respectively).

TRIVIA: There was no official crown for the first Miss Universe. Pageant organizers used one that had been owned previously by three Russian czarinas and valued at over US $1 million.
MISS UNIVERSE 1952 VISITS THE PHILIPPINES

On March 9, 1953, Armi set foot on Philippine soil upon the invitation of the Philippines International Fair Committee to crown the winner of the 1953 Miss Philippines.
During her stay until April 11, 1953, Armi paid courtesy calls to then President Elpidio Rivera Quirino, Supreme Court justices, Senate and Congress lawmakers, laid wreath of flowers at Bonifacio Monument, visited Maryknoll College, University of the Philippines, Ateneo de Manila, Balara Filtration Plant and Baguio City.

She arrived in Baguio on board the presidential plane Laong Laan and it was in this Pines City that she met her eventual husband, Virgilio Hilario through a blind date. 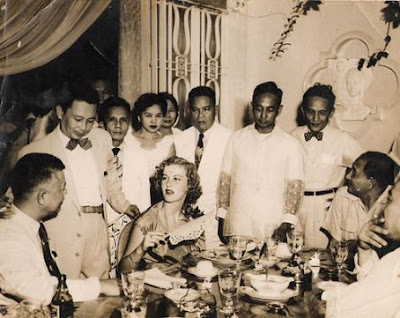 During her 30-minute visit to the Malacañang Palace, the President learned that she’s bothered with the summer heat and he offered her to stay either in the Presidentail suite of the Manila Hotel or in an air conditioned room of the palace. President Quirino also offered the presidential yacht Apo if she wants to go fishing. 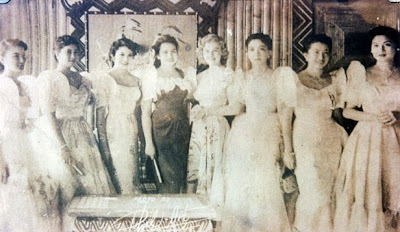 On March 12, the lawmakers discarded their usual ‘parliamentary sobriety’ when Armi called on then Senate President Eulogio Rodriguez and Speaker Eugenio Perez.
Smitten by Armi’s beauty, then Rep. Ferdinand E. Marcos (L, Ilocos Norte), introduced himself as the only eligible bachelor in the House and confessed that ‘his knees gave way’ after meeting her up close and personal.

In the House, she was presented a Moro gold bracelet from a Dansalan datu, usually given to royalty. A tea party was tendered in her honor at the Malacañang Palace on March 14th.

Prior to the coronation night, Armi had a personal appearance in the Show of Shows topbilled by Dolphy, Katy dela Cruz, Bayani Casamiro, Chichay and Tolindoy held in Rizal Memorial Stadium. 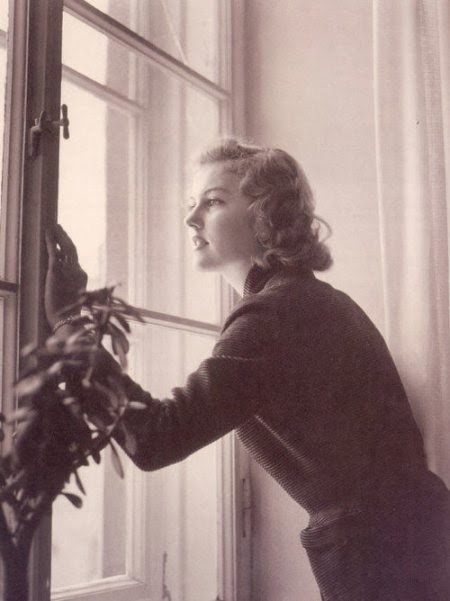 ARMI FALLS IN LOVE WITH THE PHILIPPINES

Two days before her departure, Armi danced the rigodon de honor with the winners of the Miss Philippines contest and prominent social figures during the Farewell Ball held at the fair’s open auditorium. Shedding tears, Armi left the country on April 11 for Hong Kong and Japan with a heavy heart.

She expressed her desire to stay in the Philippines because of the warm hospitality accorded to her. 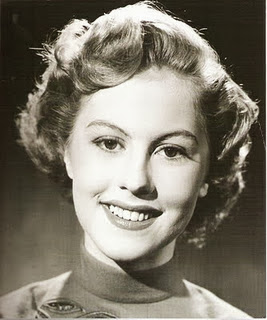 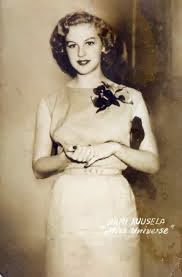 Indeed, she won the hearts of the Filipinos particularly then 25-year-old Virgilio "Gil" Hilario who studied banking, marketing and foreign trade in Columbia University and at the same time worked with the Philippine National Bank in New York.

Friends in the know believe that one of the reasons why Armi was swept off her feet by Gil was because of his dancing skills.

Gil was an expert in mambo, samba, rumba and other ballroom steps.

Gil followed Armi on her trip to Tokyo where they arrived on April 26 on a separate plane. Their romance blossomed while in Tokyo until they mutually agreed to get married on her 19th birthday on August 20. He gave her a 3-carat diamond engagement ring.

But love couldn’t wait. On the wee hours of May 3, Gil was involved in a scuffle when he defended Armi from a drunken American newspaperman who tried to harass Armi inside the Cosmopolitan Nightclub. 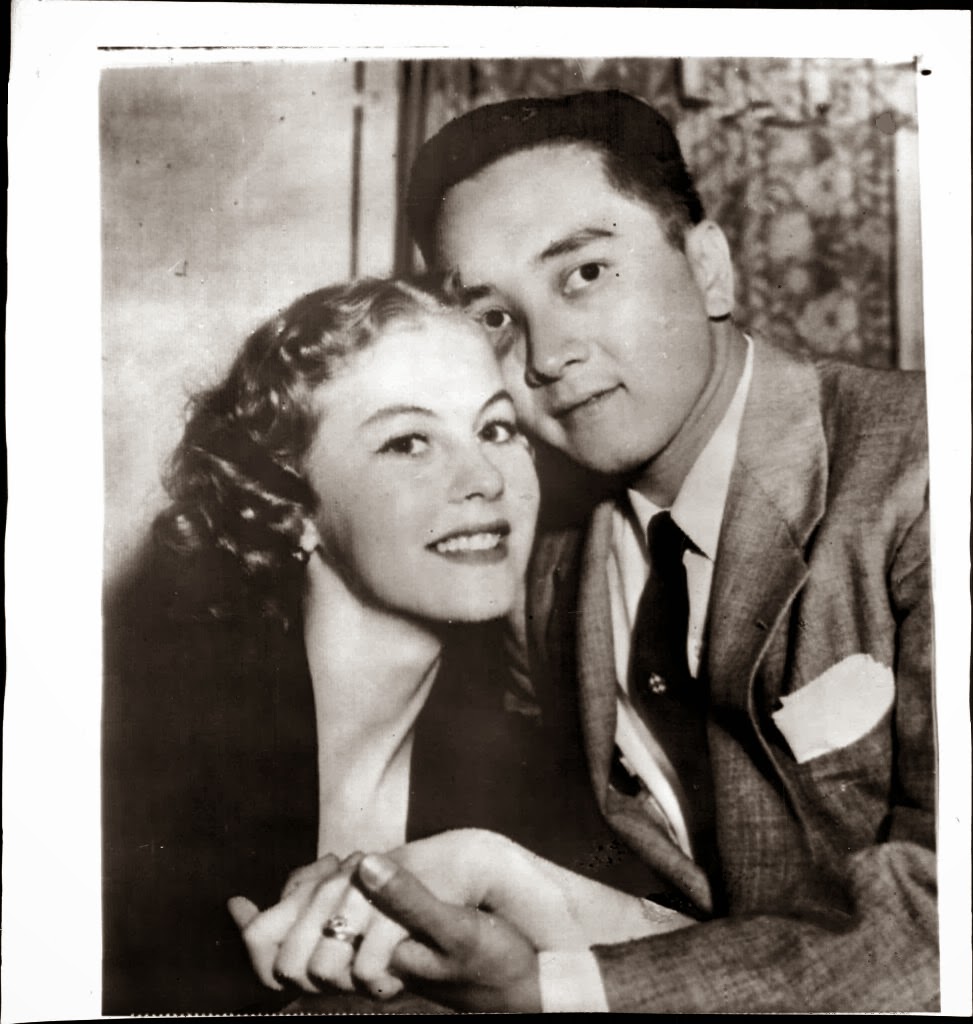 Before the incident, Armi chose to give up her Miss Universe crown and title, her plans to take up physical education and language and make more movies but decided to marry that day instead.

Gil was sporting a black right eye when he exchanged marriage vows with Armi (wearing a blue nylon lace gown and carried a small bouquet of roses) officiated by Rev. Fr. Bruno Blitter at the St. Ignatius Church in Yatsuya, Tokyo with her sister Irma Kyromies as matron of honor and Roberto Villanueva (then VP of Chronicle Publications) as best man, Gil’s close friend.

She received a brand new 1952 Cadillac as a wedding gift. 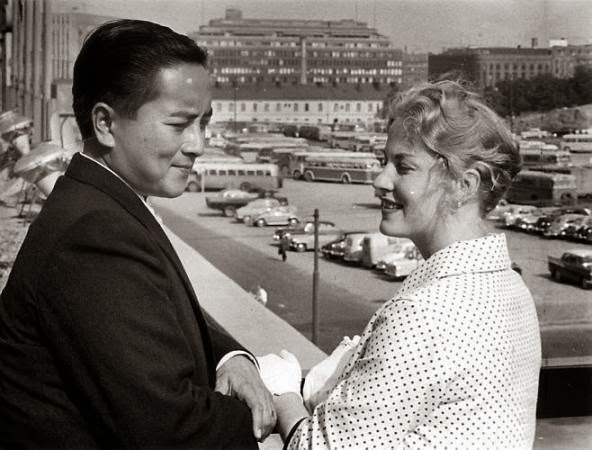 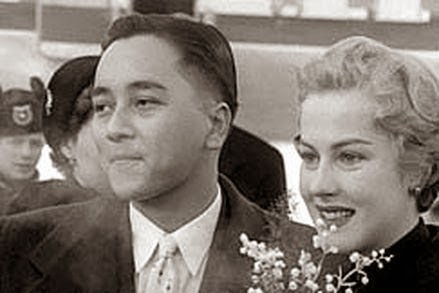 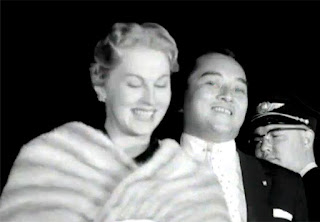 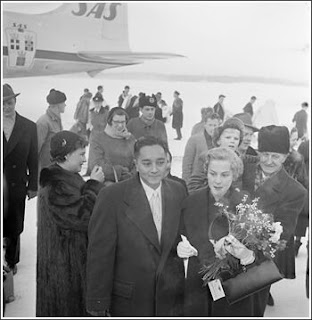 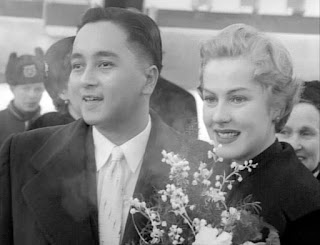 After their two-month honeymoon in the USA and Europe, the couple settled in the Philippines. Their love story was immortalized into a movie, Now and Forever, which was shown on December 29, 1953 at Center and Palace theaters. 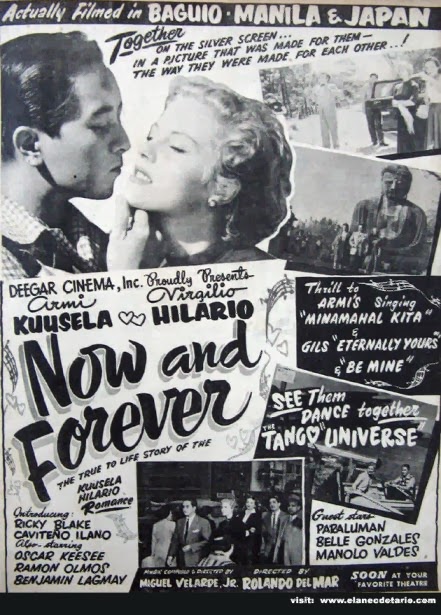 Gil and Armi were active in the Barrio Leaders Association for which Gil was the President.

Gil was even named the Honorary Consul of Finland which elated Armi no end.

From 1954-56, Gil essayed the role of John in the passion play, Martir sa Golgota, staged in the Manila Grand Opera House, with Gloria Romero as the Virgin Mary. 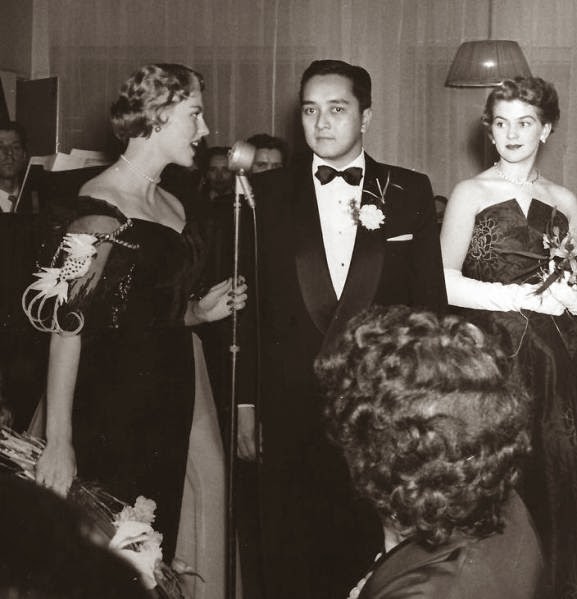 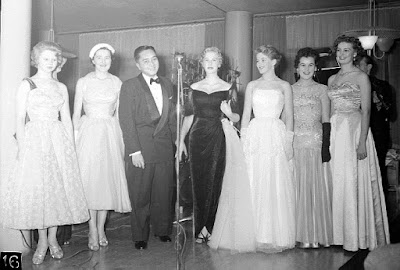 Armi became a Camay Girl and she posed with her family for print and commercial ads.

It is interesting to note that her daughter, Anna-Lisa, was on an Australian visit at the time of 1974 Queen of the Pacific contest when she agreed to represent the Philippines but withdrew before the finals due to some misunderstandings with the organizers. 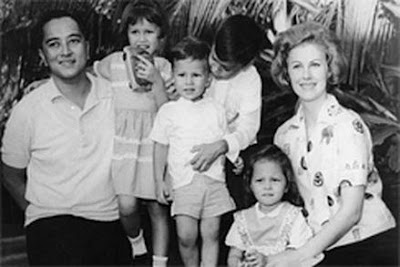 Gil joined our Creator on September 7, 1975. Armi remarried to Albert Williams, a U.S. diplomat, on June 8, 1978. They are now living in La Jolla, San Diego, California where she is active in various community undertakings and deeply involved in cancer research. 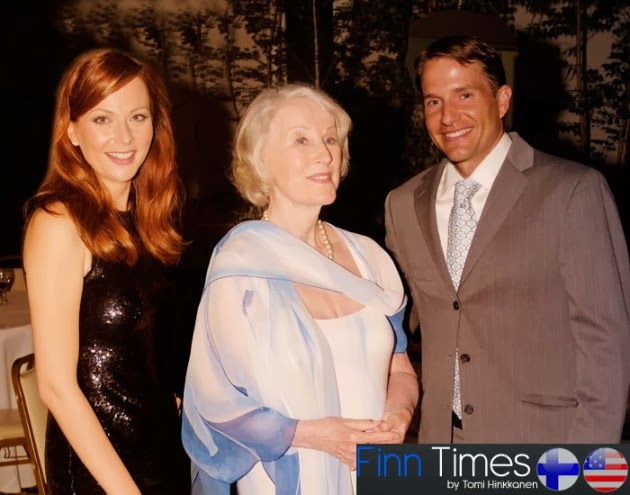 This what she wrote in her memoir:

"When I returned to the Philippines some months later as a young bride, married to Virgilio Hilario a new chapter in my life was to unfold. I was faced with a great many challenges and obligations – many of which I had not foreseen.

For one, I had naively thought that I would live a quiet and peaceful life of a wife away from the limelight, responsibilities and obligations of the first Miss Universe.

That of course was not to be. I soon began my first public appearances in charity events and involvements in many facets of the community, adjusting to the totally different environments, climate, culture, customs of the country and my new home in Malate.

It was exciting, but not without its problems and demands. Virgilio’s family and friends were always kind and ready with their advise – a big help to an inexperienced and often perplexed newcomer."

About starting a family:

"Some years later we started a family which eventually grew to include five children: three boys and two girls – a great joy to both of us. I was a busy mother as well as a business partner as I was always included in our business ventures.

One of them being the Gilarmi Apartment Hotel, our first effort together as partners. It is still in existence and doing well, I hear, under new ownership." 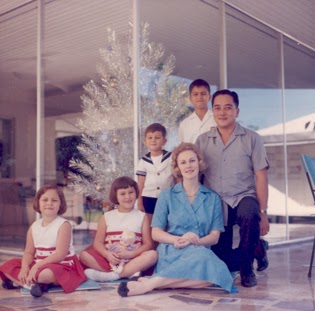 # 1 Arne in Santiago, Chile with his wife Carol, a son Cristobal and daughter Maria Elisa

# 2 Anna-Lisa lives in Barcelona, Spain with her husband Luis, a daughter Katrin and a son Alejandro

# 3 Jose/Jussi lives in Vancouver, Canada with his wife Jaqueline;

# 4 Eva-Maria in Foster City, California with Carl, a daughter Natalie and a son Eric

# 5 and Miguel/Mikko lives in Manila, Philippines. 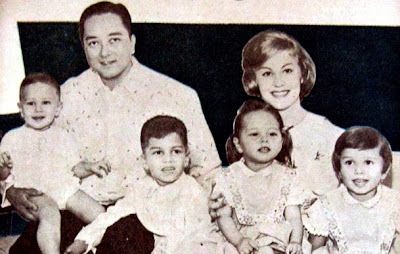 The children have their roots in the Philippines where they grew up and will always feel a part of the country although they live so far away now. Mikko is the only one who remained there.

They, however, feel also great affection for Finland and its people whom they admire.

They have happy memories of their visits there. Now, having lived most of their lives abroad, I believe they feel like citizens of the world, but enriched by their multi-cultural and multi-national backgrounds."

They are now living in La Jolla, San Diego, California, where she is active in various community undertakings and deeply involved.

But despite her second marriage,  she is still in love with the Philippines.

"As for keeping in touch with the news of the Philippines, I do have the opportunity through my friends who live there and who keep me informed of the current political events and new developments.

I always read with great interest all the news I find in the press or see on television.

My wishes for the Philippines are that people live in peace, prosper and continue to live by the democratic principles and succeed in all their aspirations both at home and in the global arena." 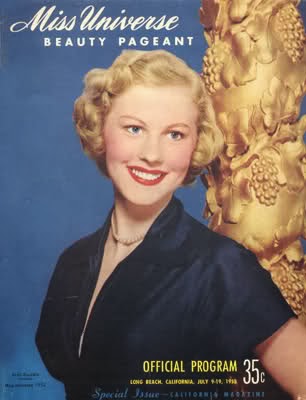