From 14 lovely beauty delegates, the field was cut to the Final Five.

It was a nail- biting and heart- stopping moment for as soon as a candidate was called as finalist and stepped forward, she had to pick at random the name of the judge who would ask her the final question.

Truly a test of one's grace under pressure and poise under stress,

After all the finalists had been called and had answered the questions, the judges then cast their votes as they ranked the finalists based on how they answered their final questions and their overall performance during the entire pageant night. 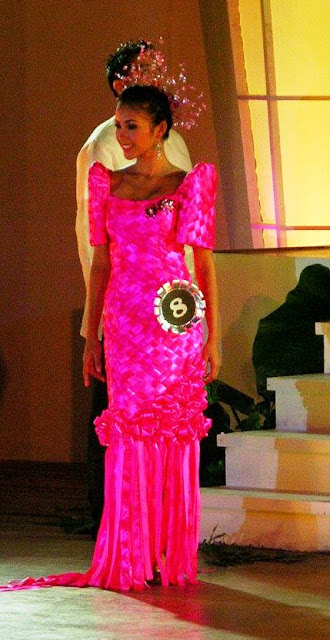 Going into the final round, Candidate # 8 Cathy Remperas was leading the race.

She topped all three beauty segments of the pageant by winning Best in National Costume, Best in Swimwear and Best in Evening Gown.

She was also Miss Photogenic as well as Miss Talent 2nd RU.

After the farewell walk of Maya Galvan, the results were then announced:

And then there were two ladies left on centerstage 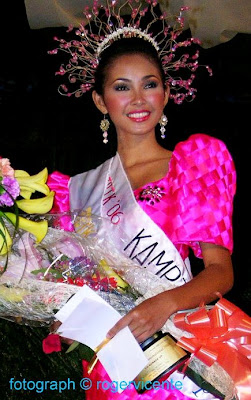 The final announcement was then made. 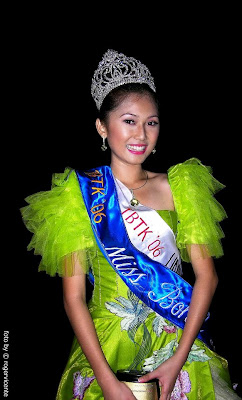 The tall and svelte Loida Tiza Salve Lagonoy, 18 yrs old, reigning Miss University of Bohol was crowned the 2006 Miss Bohol International in a glittering ceremony at the Holy Name University.

Pageant experience, stage presence and gift of gab won for Loida the title. So what was her winning answer to the deceptively simple question from Mayor Atienza?

MAYOR ATIENZA: "If you get married in the future, how many children would you like to have?"


"If I were to get married and have children of my own someday, I would like to have four children; two girls to whom I would bequeath the loving, caring & beautiful side of me

I also want to have two boys who would embody the qualities of an ideal man such as masculinity, determination and courage.

Together with my husband, we would raise our children to be disciplined and virtuous individuals under the trinity of love, faith and honesty" 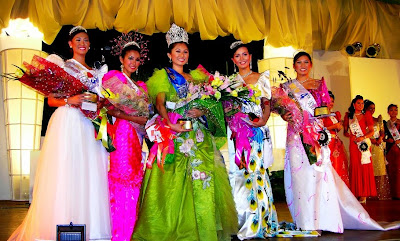 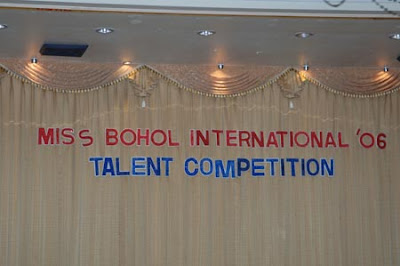 The showcase of talents is definitely one of the most- awaited segments of most beauty pageants.

Aside from its entertainment value, it is also a veritable treasure trove for many talent agents/ scouts who are in the lookout for raw potentials in the performing arts.

Not many might have been blessed with the grace & fluidity of Terpsichore or trained under the tutelage of Thespis but the deafening applause, the admiration from adoring fans and the chance to share with the audience one's art are all worth the endless rehearsals and the pressure to deliver.


The talent segment has become an event in itself and is usually held on a separate date and venue.

As judge and pageant coach, I notice that most candidates usually showcase everything in the very limited time that they have to present their talents.

Good if the candidate is actually versatile but my advice for the girls would be to showcase ONLY what she really excels in.


If she croaks like a frog, never ever dare to sing live! If you realize that the backup dancers are way way better and can actually eclipse your moment onstage, then don't!

1. Jean Joan Ibba, she was Miss Tagbilaran in the 2003 Miss Bohol International Quest where she was a runner up as well as voted as Miss Talent for the eloquent & elegant delivery of a monologue which she herself penned

2. Irena Heberer, German socialite who is a fixture in the society as well as the culture & arts scene in Bohol

3. Eva Santos, famous Boholana diva who represented the Philippines in the 1992 Midnight Sun International Song Festival where she won 3rd place after singing her own composition

4. Irving Spivey, the Chief of Respiratory Therapy at the San Francisco VA Medical Center. As a former colleague and friend of Betty Garcia, Chairperson of TBTK, he was invited as TBTK 2006 guest

The judges were to evaluate each candidate's performance and give her a score ranging from 1 to 20 with 20 as the perfect score.

They were to grade each girl based on quality of performance, mastery & virtuosity, stage presence, star quality & entertainment value

Candidates and coaches have to be reminded that the talent segment is judged mainly and most of the times, solely on the basis of the girl's performance.

Having the most expensive  costumes & accessories and being provided with the most impressive props would just be an exercise in futility.

The judges are focused on the sterling aspect of the performance, how the girl  connects with the audience and of course, the star quality.

Does she catch & hold the attention of judges & audiences alike?

If you can outsing Leah Salonga, then showcase your vocal stylings with a solo not an entire repertoire.


The judges and the audience don't have to eat the whole cake to know it's delicious, right?

The show started with the Pesentation & Introduction of Candidates 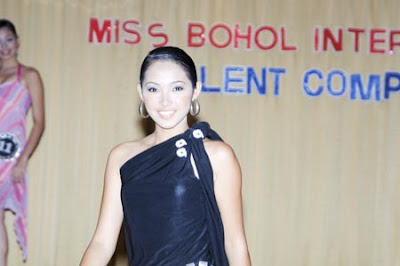 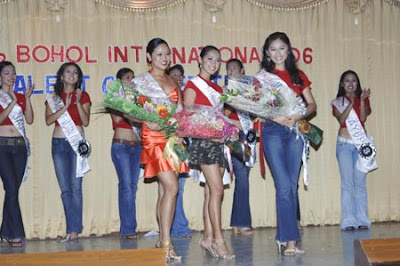 Photo Credits: Mr. Irving Spivey
at November 27, 2012 No comments: Links to this post