And Your Roving Eye Shares His Natal Day with Mayor Tita

Your Roving Eye was pleasantly surprised to find out that he shares the same birthday (Feb 12) with beautiful and hardworking Garcia- Hernandez Mayor Tita B. Gallentes. May you have the best there is on your very special day Mayor Tita! 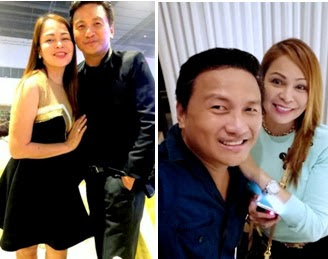 With good friend Mayor Tita Gallentes
Just last year, the Municipality of Garcia-Hernandez under the leadership of Mayor Tita marked another milestone as it was conferred with an award as the 2nd Most Improved LGUin the 2017 Cities and Municipalities Competitiveness Index (CMCI) during the 5th Regional Competitiveness Summit and Awards Ceremony held on August 16, 2017 at the Reception Hall of the Philippine International Convention Center (PICC), Pasay, Metro Manila, Philippines.

We share so many things in common including our birthdays!
Under the category of 3rd to 6th Class Municipalities, the Municipality of Garcia-Hernandez jumps from rank 702 in 2016 to rank 94 in 2017 making it second most improved LGU among all the municipalities in this category. 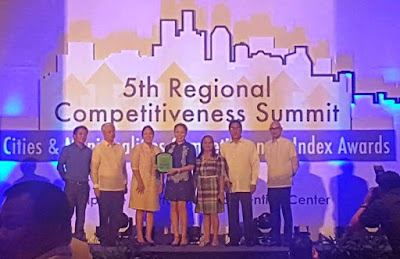 Mayor Tita on centerstage for the award
Mayor Tita Baja- Gallentes, along with MLGOO Ismael Vincent Igcalinos and Mrs.Serina Cadenas, Municipal Treasurer, was present during the ceremony to receive the award on behalf of the LGU.

Cheers and more power!
at February 12, 2018 No comments: Links to this post