There was much rejoicing last February 22 when Alaxan FR , the Philippines’ most trusted painkiller turned over to barangay officials a newly constructed basketball court at the Puro Bato, Barangay Cabawan, Maribojoc Bohol.

The turnover ceremony was graced by the presence of PBA Legends, a handful of hardcourt heroes known for their stellar professional careers such as Benjie Paras, Ronnie Magsanoc & Jerry Codiñera further firing up the basketball spirit among fans in the community. 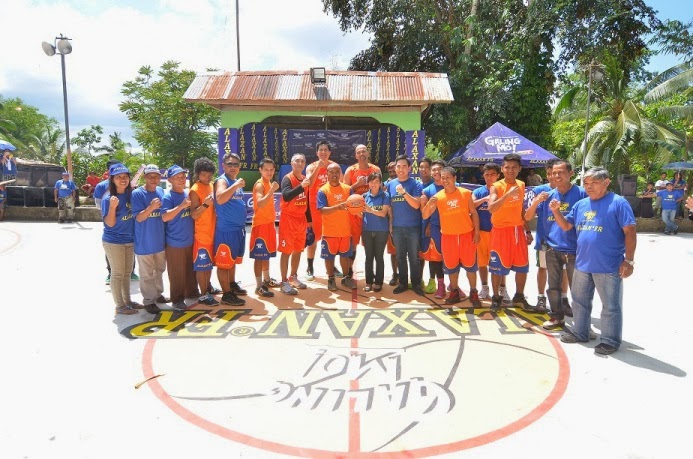 Construction of the courts took an estimated 21 days, including excavation, laying the concrete, installation of the basketball rings and painting the court marks.

With the courts’ construction, Alaxan FR recognizes the resilient heart of Filipinos and lets them achieve more by enabling them to conquer body pain:


“The Filipino courageous spirit and perseverance are some of the things Alaxan FR supports. However the strong heart of the Filipino to overcome challenges of life needs the strength of the body, and that’s where Alaxan FR comes in,”

The courts also serve as a beacon for people’s dreams: “We want to empower the people of the communities we reach out to who work hard to achieve their dreams, and one way of achieving that is through the Filipino quality of the bayanihan spirit. Our Courts of Inspiration firmly believes in this Filipino quality and it is its reason for being,” she adds.

The Court of Inspiration slowly molded a new lifestyle in the communities where the basketball courts were previously built, turning them into not just athletic centers but landmarks and venues for community activities.

Two years ago,Alaxan FR jump-started an endeavor to help build basketball courts and provide a backbone against pain for the strong will of potential basketball stars in the country. Starting off in its first year in the Visayas and Mindanao regions, the Court of Inspiration became a herald of hope and unity. 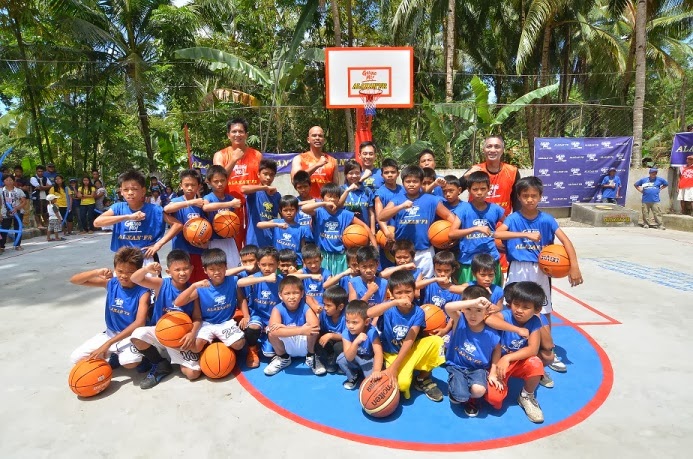 After pre-selecting the towns to build the basketball courts on, Alaxan FR provided the necessary construction materials, securing a partnership with the local government to mobilize the townspeople in constructing the play centers. On its second year, Alaxan FR added 10 more Courts of Inspiration in Luzon. 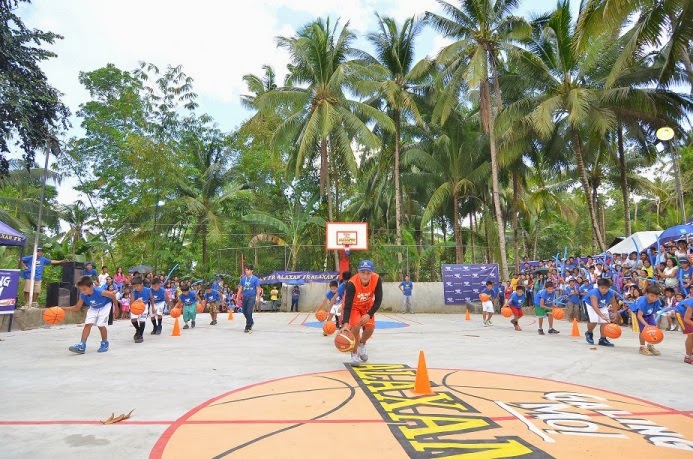 It is another bumper harvest of beautiful Filipinas as the 40 official candidates were presented to the media, sponsors and fans during the 2014 Bb Pilipinas Press Presentation held at Sofitel Hotel

In what is shaping up to be one of the most competitive batches ever, there were ten ladies who were unanimously agreed on as the ones who commanded the most attention


Aiza Faeldan wasn’t in the original list of 40 official candidates for this year’s Binibini edition. Sadness turned to shock then to surprise when she got a call from the organizers days later to inform her that two of the official candidates have been disqualified for some reason.

She was asked if she would like to continue her Bb. Pilipinas journey and of course, she gladly accepted the invite

Will her dramatic second lease give her also a come- from- behind victory? Who know?


Bianca Guidotti has solidified her frontrunner status with a standout performance during the press presentation.

If we go by the previous editions’ results where the girls with the cosmopolitan vibe, good family background and impressive academic credentials were rewarded with the top titles, then Bianca just might be our girl for Miss Universe to be held in Fortaleza, Brazil later this year


Diana Arevalo is one of my sentimental favorites this year if only because this is her third try to clinch a Binibini crown.


Kris Tiffany Janson has zoomed to the top after a smashing and solid performance during the press presentation. This lovely University of San Carlos graduate was Miss Cebu 2009 where her 1st runner up was Rizzini Alexis Gomez, last year’s Miss Tourism International

After a tentative and quiet start during the onset of activities for Bb Pilipinas 2014, the lovely Cebuana has finally set her mark as one of the girls to beat

Aside from her English fluency, class and regal aura, Kris also possesses one of the most strikingly beautiful faces among this year’s Binibini girls with or without make up


MJ Lastimosa is the other girl who is on her third and final attempt to snag a Binibini crown. So far, the buxomy beauty from Cotabato has been doing everything right from styling to projecting herself.


Parul Shah possesses not only the best abs among the candidates but also has the most dazzling smile that can light up an entire room.

She has this exotic vibe that oozes with international appeal. She is the overwhelming favorite of pageant websites from around the world.

She simply stands every time she sashays and struts onstage.

Pia Wurztbach, last year’s Bb Pilipinas 1st Runner Up just might win one of the four crowns at stake.

You see, based on Binibini history, the first runners up who joined again ended up with a Binibini crown on their heads.

Will she continue the tradition or will she buck the trend?


At six feet flat, Raquel Kabigting has entered history books as one of the tallest girls to ever join the Bb Pilipinas pageant.

Aside from her height, Raquel also has a pretty face, quite proportionate figure and a pleasing personality
Pre- pageant favorite Yvethe Marie Santiago was not in her best element during the press presentation but nevertheless, she is still up there bunched with the frontrunners and perceived heavyweights for the crown.

This CPA and multi- titled beauty queen from Bicol is one of my personal favorites but my worry is that she might have peaked too soon and might suffer the same fate that befell Patricia Tumulak and Charmaine Elima during their respective pageants. They were the overwhelming favorites who didn’t advance to the winners’ circle.

So who among these girls are your favorites? The comments section is waiting for your reply

Bb. Pilipinas Charities
at February 25, 2014 No comments: Links to this post