The 14 candidates for Miss Silka Bohol 2014 were officially presented to the press and the public last Saturday, August 23 at the BQ Mall Atrium

Miss Silka Bohol 2014 is the official preliminary that will select the Boholana who embodies the ideals of Silka & can best represent the province in the prestigious nationwide quest for the 2014 Miss Silka Philippines. 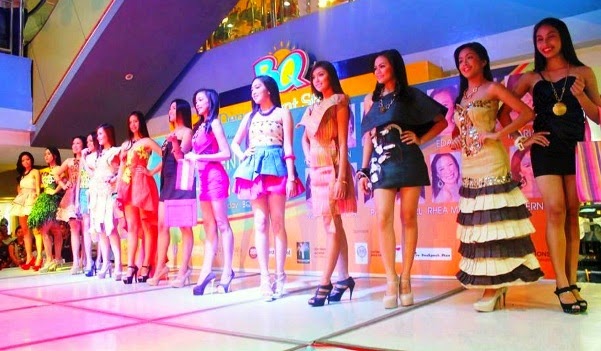 Aside from a radiantly beautiful & charming face, a well- proportioned figure & flawless complexion, Miss Silka Bohol 2014 has to have an engaging and likeable personality


Here are the highlights

Photo Credits: Ric Obedencio
at August 28, 2014 No comments: Links to this post

And Miss Panglao 2014 Is Crowned

And the tradition of crowning a beautiful & articulate Miss Panglao continues...

Congratulations to the new Miss Panglao 2014 Charmaine Ness Sagaral of Brgy. Lourdes who wowed the judges and the crowd with her wit & spontaneity. Turns out she is a former Managing Editor of HNU’s school paper, The Word.

Miss Panglao Pageant is not just another beauty pageant. It is a unique personality search that aims to select Panglao’s ambassadress of goodwill who would not only be the spokesperson for the various projects & advocacies of the youth of Panglao but also be a positive role model for her peers and for the community 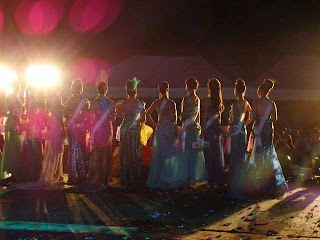 I was actually misty- eyed seeing how the pageant has improved by leaps and bounds. From a fledgling beauty pageant search when it started in 2010, it has become one of the most awaited & one of the grandest pageants in Bohol.

More on the Miss Panglao 2014 Pageant in an upcoming feature!


Photo Credits: Norman Tinio
at August 27, 2014 No comments: Links to this post

BrewPoint, one of Tagbilaran’s pioneering coffee shops and located at the ground floor of Soledad Suites was abuzz with chatter and friendly banter among marathon and running buffs  when Your Blogger dropped by for a couple of minutes or so. 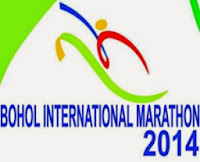 Among those seen at the registration area were Patrick Concepcion, the organizer of the famed Condura Skyway Marathon in Manila and TV5 producer Gerald Amlih.

Your Blogger was actually delighted when he found out that there were two lady runners from Cagayan de Oro City. You see, he was once a student at Xavier University- Ateneo de Cagayan a long long time ago.
Registration & Race Kit Distribution are ongoing right now at the BrewPoint where the Bohol Runners Club, organizers of the 2nd Bohol International Marathon have set up base temporarily.


IN SUPPORT OF PROPER GARBAGE SEGREGATION

The 2nd Bohol International Marathon supports the campaign to segregate properly our garbage not only in the island of Panglao but in the entire nation as well thus the theme: “Garbage Segregation: Makes a Beautiful Nation” 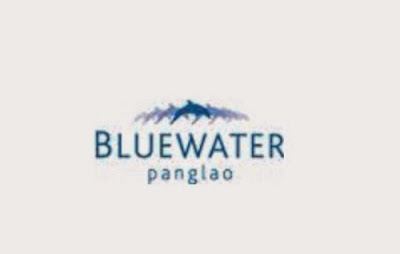 The Municipality of Panglao
headed by Mayor Nila Montero 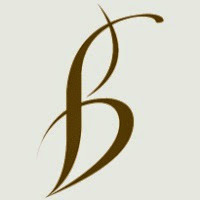 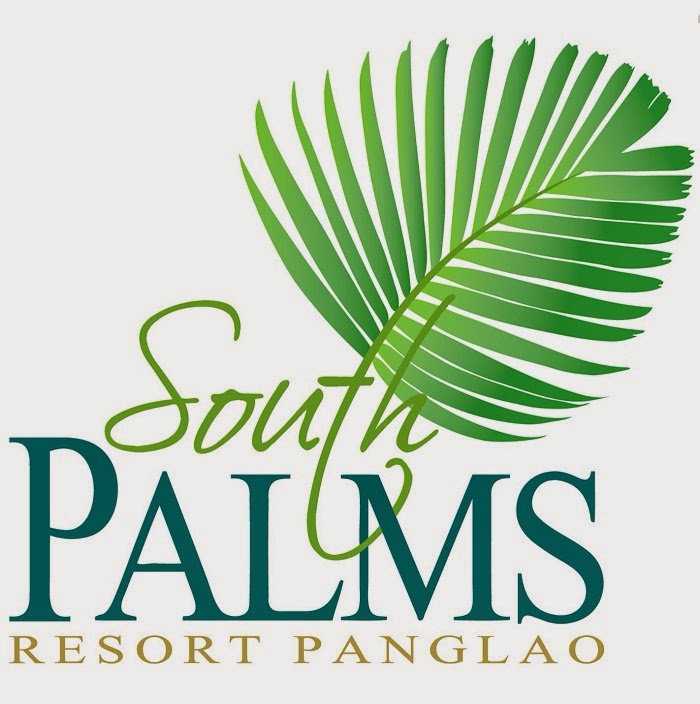 It seemed like it was only yesterday when the first Miss Panglao was crowned but hey, the annual pageant has already crowned four winners who went on to become effective ambassadors of goodwill for the municipality.

You see, the selected winner also becomes the spokesperson of advocacy projects of Panglao’s Local Youth Government.
Here are the aspirants for the Miss Panglao 2014 Pageant:


“The Miss Panglao Pageant is a unique pageant since there is a strong emphasis on youth empowerment and dynamic involvement in community activities.”

Indeed, the goal of Miss Panglao is not only to crown the most beautiful girl in town but also to show that young beauty queens can become public servants too.  Through their popularity and beauty, they can help lobby to support a specific project.

I still remember Miss Panglao 2011 Judith Anne Cruz who used the seed money she won from the pageant to launch a Math Literacy project to give free basic Math tutorials to academically-challenged students in her school.

The annual beauty spectacle that will mark its fifth year edition with a Grand Coronation Night on Monday, August 25, 8 pm at the Panglao Town Plaza will have added star value with the presence of a leading TV/ movie actor who will serenade the girls and regale the crowds.

Internationally- renowned & respected pageant expert & blogger Norman Tinio whose blog is widely followed here and abroad has been invited not only to be a member of the judging panel but also to see for himself the beauty & tourism potentials of the island paradise of Panglao known for its white sandy beaches & laidback charm.

The Miss Panglao 2014 Pageant is the most anticipated pre- fiesta highlight of Panglao's town fiesta that honors its patron saint, San Agustin.  It started in 2010 and founded by Aya Montero of Panglao Youth Organization to give opportunities for the local youth to develop and polish their leadership and community organizing skills

Photo Credits: Ramasola Original Studio
at August 21, 2014 No comments: Links to this post

Miss Universe 1st Runner Up Admits She Is A Lesbian

The pageant world has been thrown into a tizzy after Patricia Yurena Rodriguez, the Spanish senorita who placed as 1st Runner Up to Miss Universe 2013 Gabriela Isler of Venezuela finally came out in the open and declared that she is a lesbian. 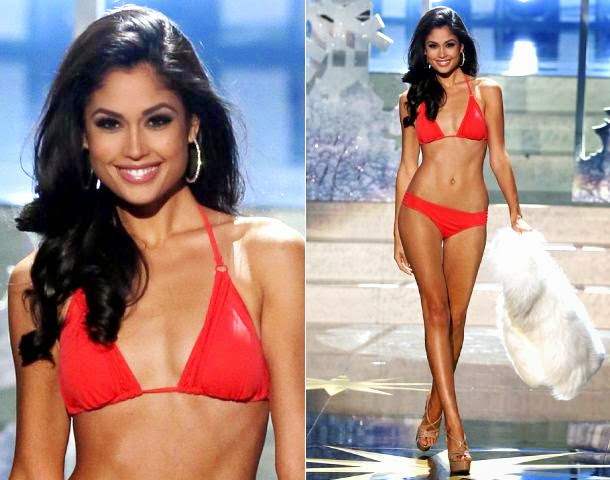 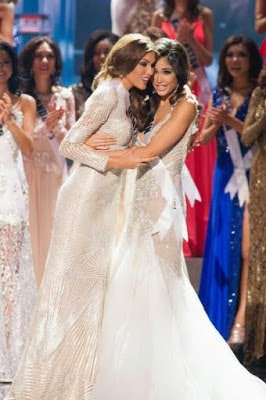 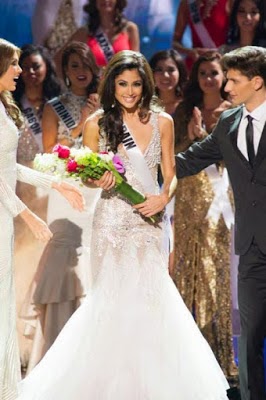 Patricia declared her sexuality indirectly by posting in her Instagram account a picture of her and her lover Vanesa Cortés, better known by her alter ego Vanessa Klein, a popular singer in her own right.


The beautiful Patricia who first won as Miss Espana 2008 wasn’t able to represent her country in the Miss Universe 2008 pageant because of age eligibility. She took part instead in the Miss World tilt where she landed in the Top 15.

She competed again and won the Miss Espana title and finally represented her country in the 2013 Miss Universe Pageant held in Moscow, Russia where she became good friends with roommate & eventual winner Miss Venezuela. Miss Philippines Ariella Arida was also one of her closest friends. 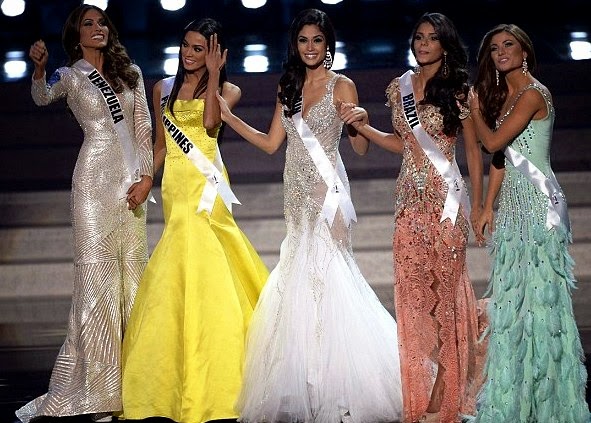 Had Patricia been crowned Miss Universe instead of Gabriela, it would have been a publicity stunt that Donald Trump would surely milk for all its worth.


Patricia would always be remembered as one of the most stunning candidates to ever grace the Miss Universe stage.

From the Candidates’ Orientation & Briefing, the 2014 Miss Silka Bohol girls plunged head- on with the different pre- pageant activities in preparation for the pageant finals scheduled on September 26. 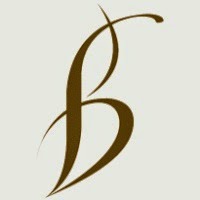 First Stop: The Outdoor Photo & Video Shoot set amidst the backdrop of Bohol’s most spectacular & majestic resort, the Bellevue Resort in Panglao Island.

So at around five in the morning, the still- sleepy girls were, staff & the New Sideroom Studios photo & video team were already heading for the resort. 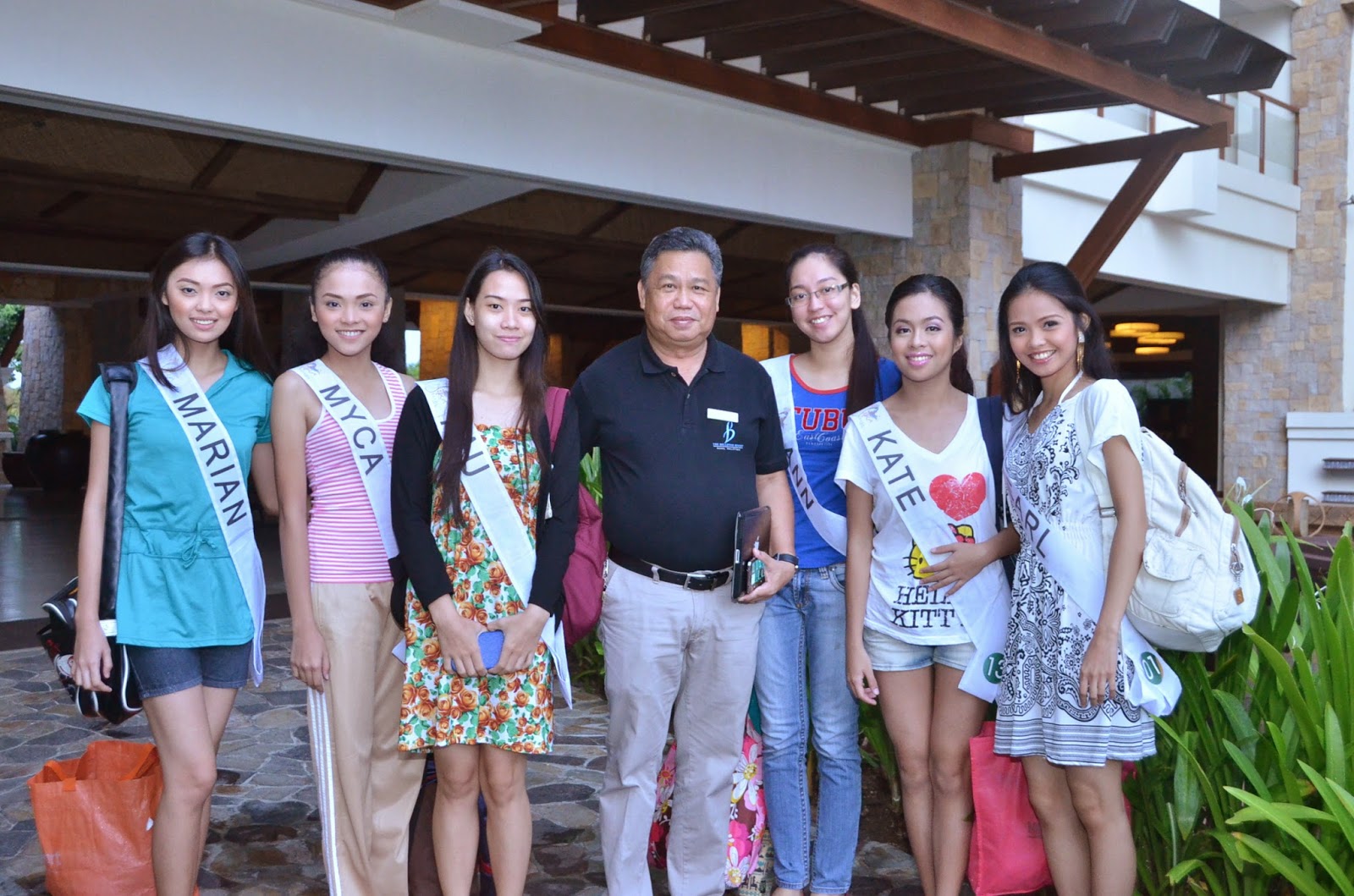 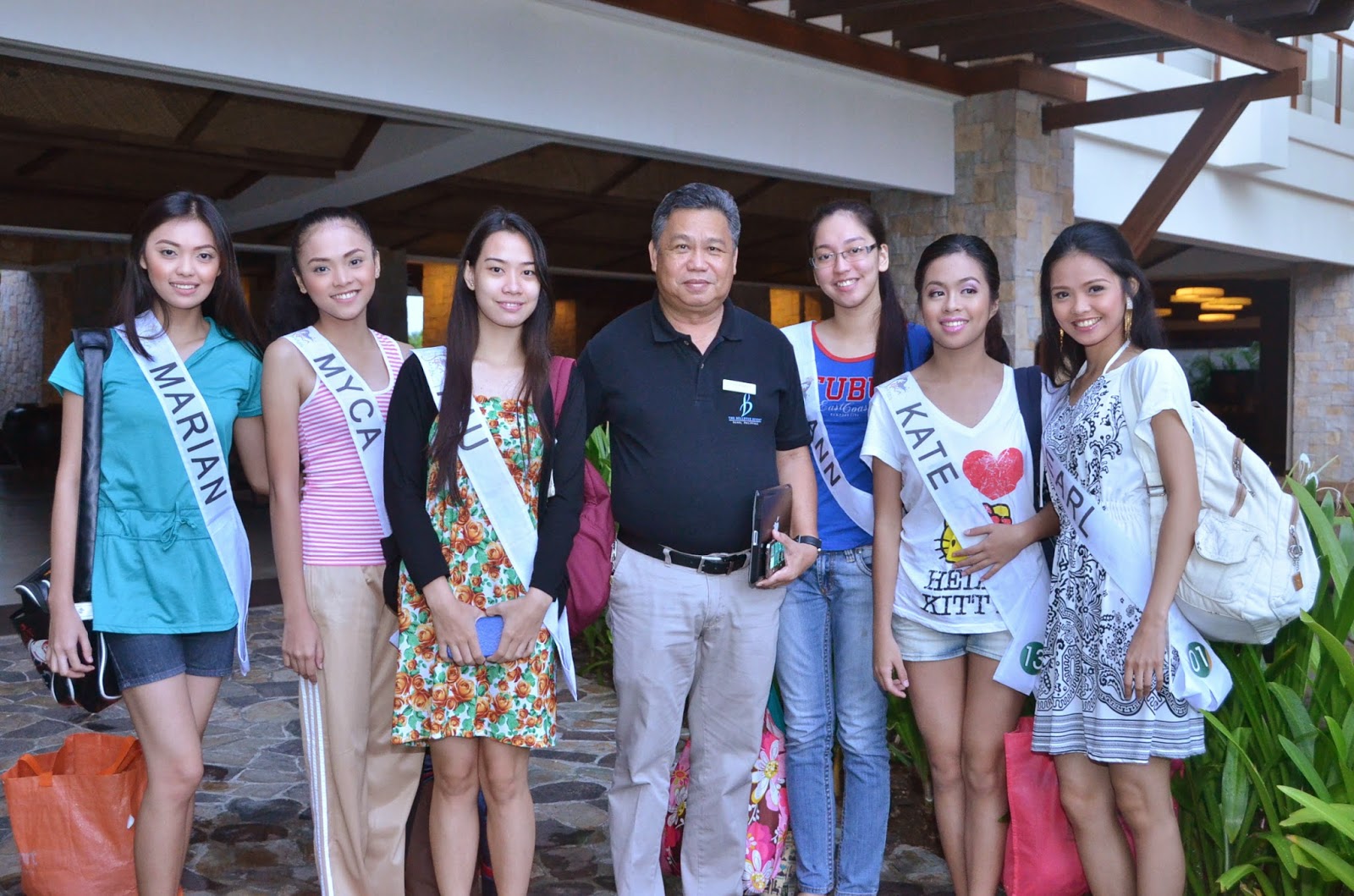 THE JEWEL OF THE ISLAND

Resident Manager Mr. Rommel Gonzales who is also the President of the Bohol Association of Hotels, Resors & Restaurants graciously welcomed us and made everyone feel at home immediately. Now I understand why visitors & guests have been raving about the Jewel of Panglao Island.

In fact, for most Boholano balikbayans, a trip back to Bohol isn't complete without a visit and perhaps dinner or brunch by the beach then the obligatory photo opportunity with Panglao Island's pristine white beach as backdrop

After the exchange of pleasantries, we immediately buckled off for work which included briefing the girls on what the video & photo crew expected from them 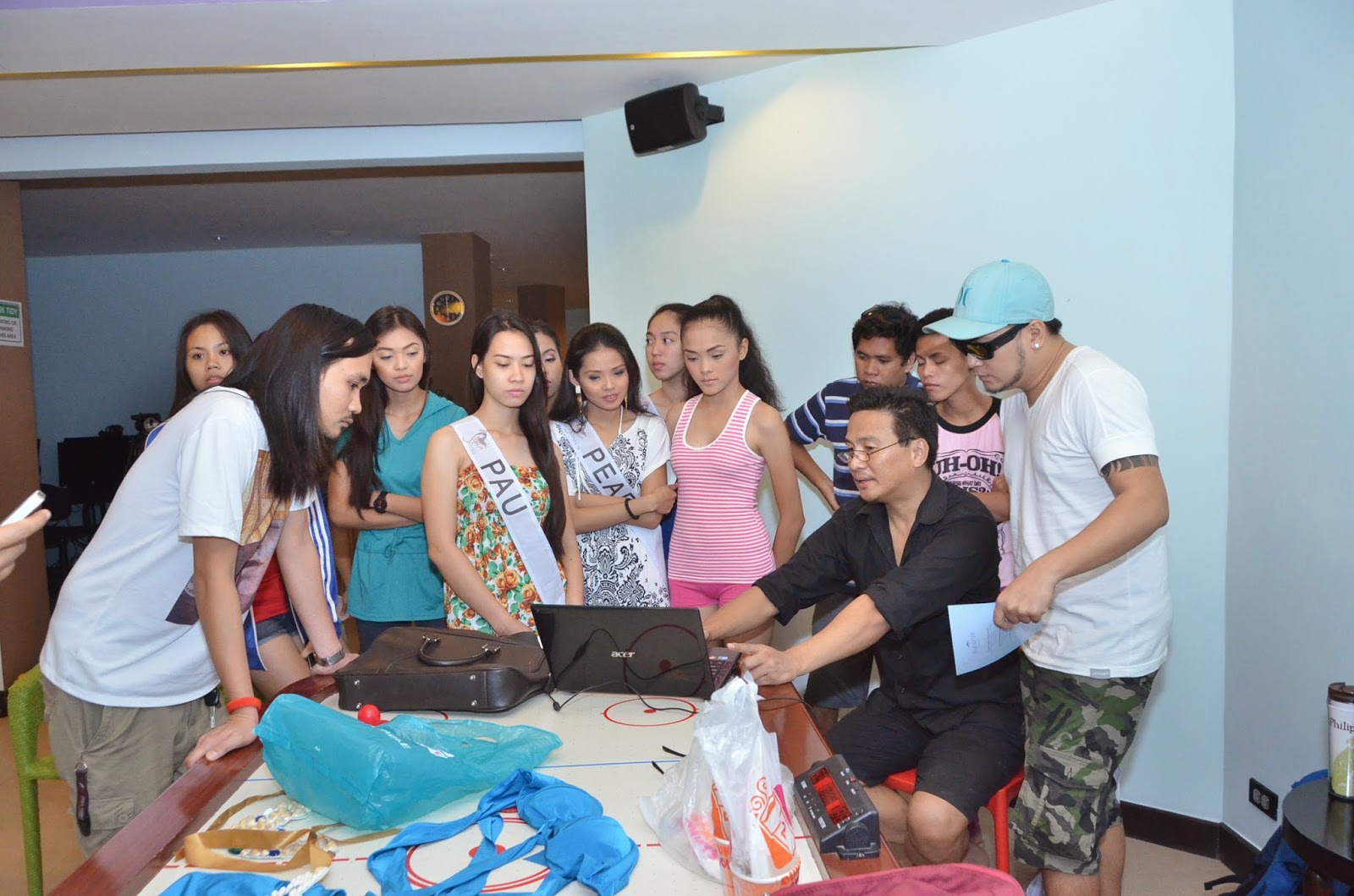 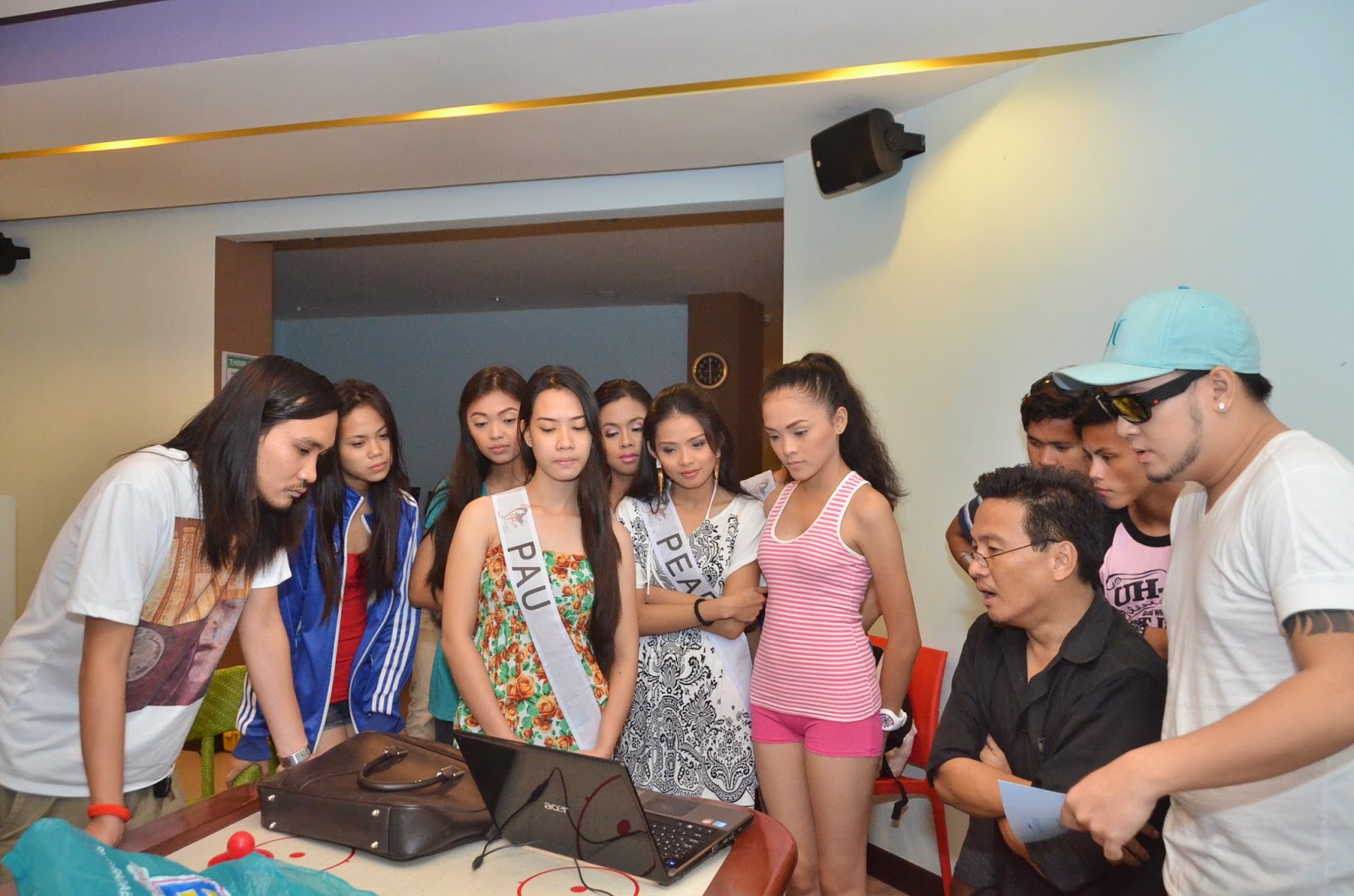 More of the resort’s amenities and facilities but for the meantime, here are some of the teaser shots 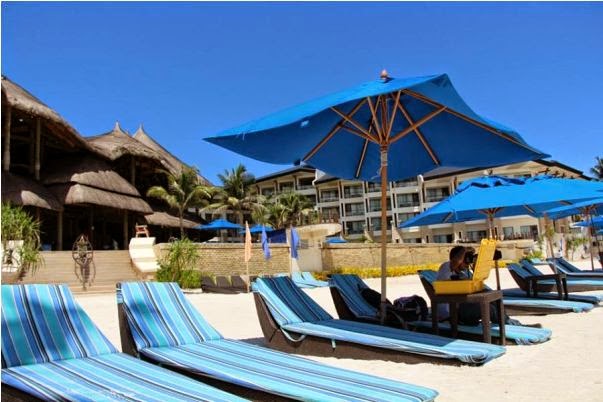 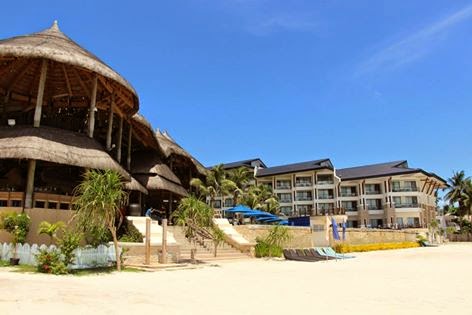 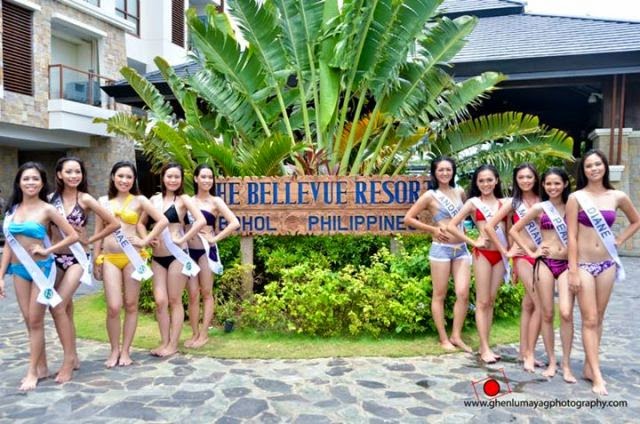 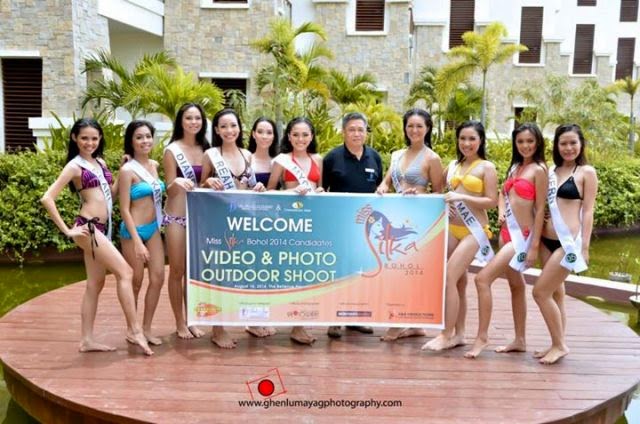 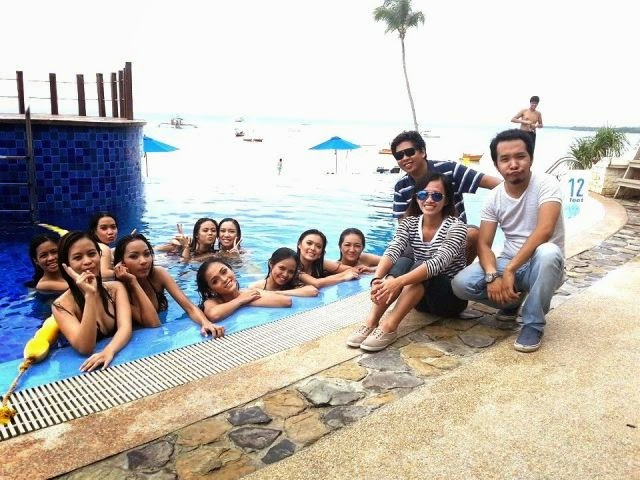 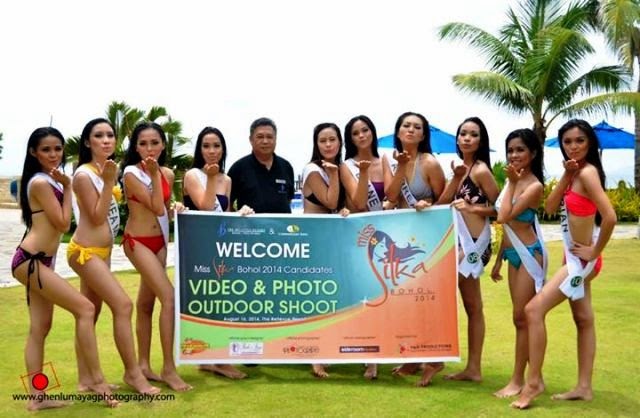 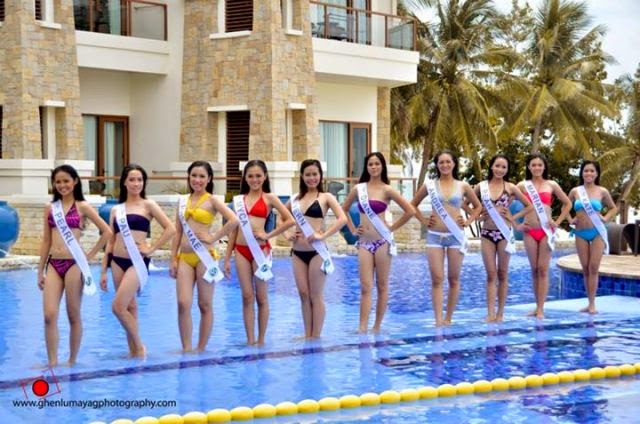 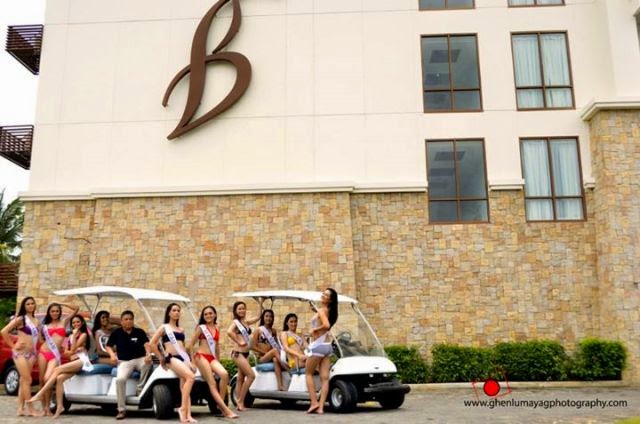 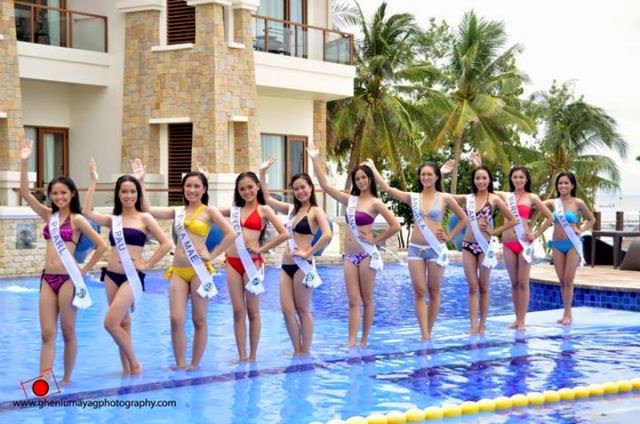 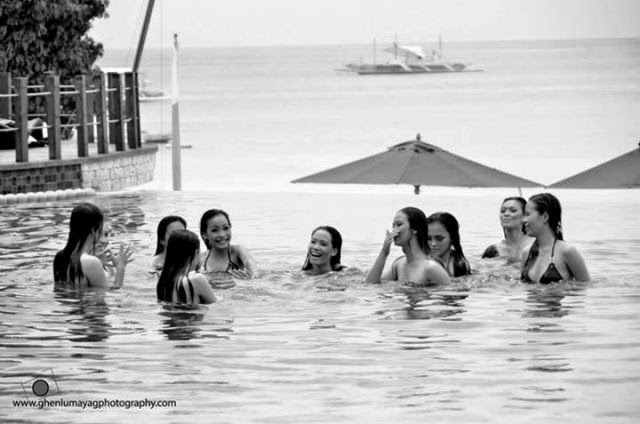