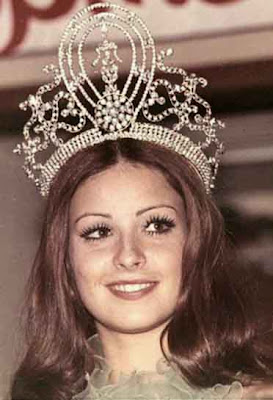 It was cemented in 1973 when another Filipina named Margarita "Margie" Moran won the country's second Miss Universe in Greece but the country's fascination and love for Miss Universe reached a feverish pitch when it hosted the 23rd edition of the pageant in Manila in July 1974.

It was held at the Folk Arts Center which was constructed in less than 70 days.

After the Parade of Nations, the names of the 12 Semi- Finalists were revealed by iconic pageant emcee, Bob Barker 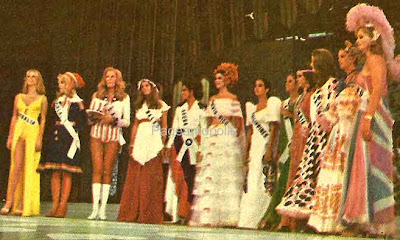 PINOY PRIDE The 1974 Miss Universe Pageant showcased not not only the beauty of the 65 beauty delegates but also the splendor and culture of the Philippines through the performances of the Bayanihan and Ramon Obusan Dance Troupes.

There was even a musical number featuring the candidates  wearing the Filipiniana and singing the Ilocano folk song "Pamulinawen" said to be President Marcos' personal favorite. 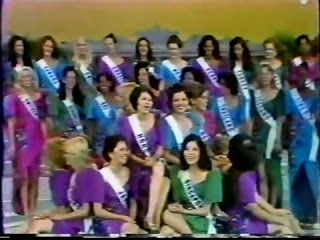 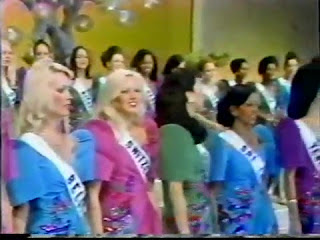 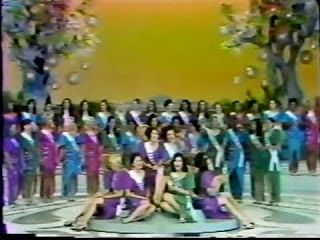 After the Personal Interviews, the Swimsuit Competition followed with all the 12 girls in identical Catalina Swimwear. 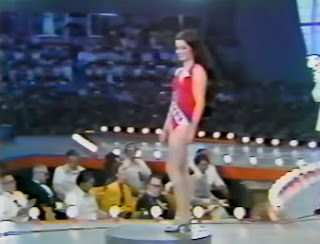 The Evening Gown Competition set amidst a spectacular backdrop of dazzling lanterns made from capiz shells and glittering lights hanging from trees in an enchanting garden complete with a huge fountain that spewed out real water.

So real that the bottom half of Miss Philippines' gown got accidentally wet. Most of the ladies'm gowns were so fashion- forward and so contemporary that they can still be worn today. 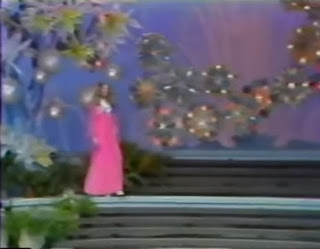 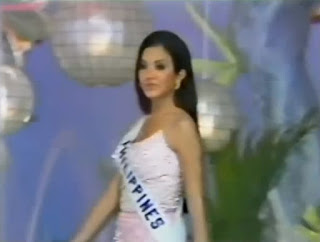 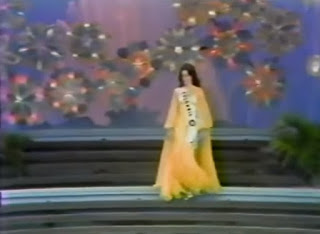 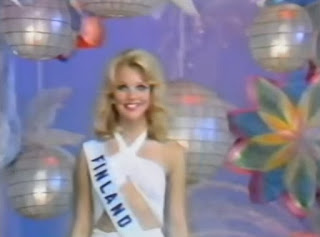 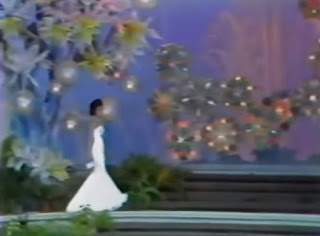 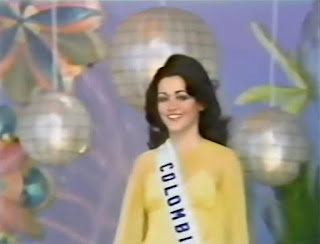 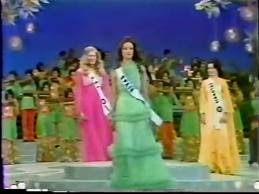 That year's Top Five is considered as one of the most beautiful set of finalists in Miss Universe. Miss Finland would eventually triplicate her feat in Miss Universe with 2nd runners up victory later in Miss Europe and Miss International

Johanna later did a mermaid movie in the Philippines entiltled Lorelei

After the pageant, Maureen Ava Viera stayed behind in the Philippines and married a scion of a very wealthy Filipino family

Our very own Guadalupe Sanchez, a 17 year old International School student. who made the Top Twelve didn't advance to the Magic Five most probably because of her being the host country's delegate.

Had she entered the Miss Universe pageant in another year, she could have easily landed in the Top Five or even win the crown. Who knows?

Guada became a top model after her reign as Bb. Pilipinas Universe.

She is now Mrs. Malcolm McLauchlan, married for 29 years. She is 56 years old now and still very beautiful. She and her husband have been based in Beijing for the past few years and are busy with their restaurant complex business

But she made her country proud with her outstanding performance

After one very casual final interview where personality and charm were given more weight, Margie Moran made her Farewell Walk before her very proud countrymen. Bob Barker then announced the final results in reverse order:

AND THEN THERE WERE TWO 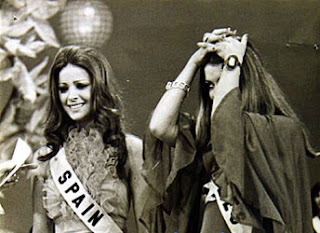 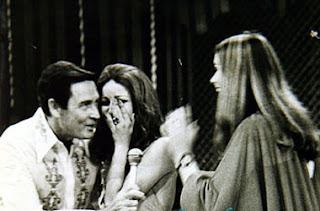 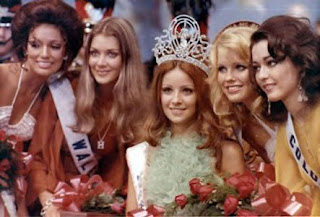 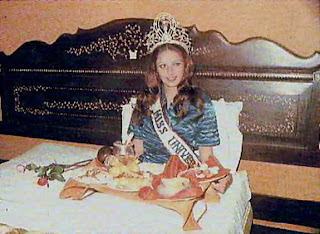 Trivia: Amparo Munoz never completed her reign because of irreconcilable differences with the pageant organizers
By that time, Miss Morgan had already won the Miss World crown, only to relinquish her title just a few days after winning it after it was revealed she was an unmarried mother.

Here's the link to  The 1974 Miss World Scandal

Muñoz was never officially dethroned and the title was not offered to any of the other runner-ups.

In fact, it was 1972 Miss Universe Kerry Anne Wells of Australia who crowned the 1975 Miss Universe in San Salvador City, El Salvador 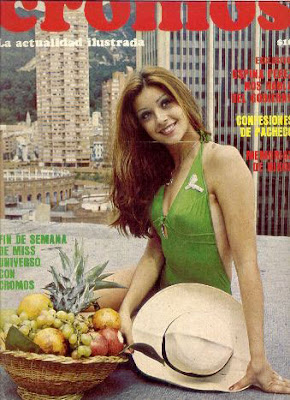 Amparo Muñoz, became an instant celebrity after she was crowned Miss Universe 1974 in the Philippines when the international beauty pageant was held here. 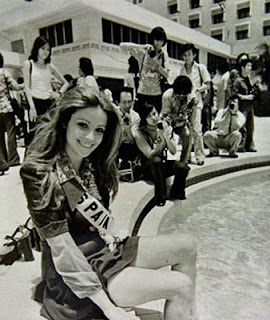 After a lucrative acting and modeling career, she had bouts with respiratory cases and finally succumbed  to a lingering illness at her home in Malaga, Spain. 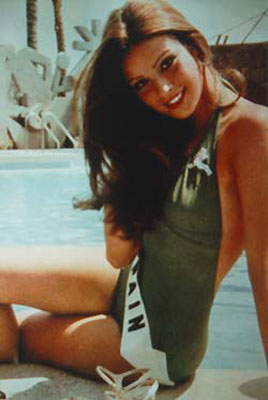 Disclaimer: No copyright infringement intended. These photos are for pageant fans' viewing pleasure
at July 13, 2013