As we mark All Saints’ Day and All Souls’ Day, we also remember some of our former Miss Bohol queens who have gone ahead to the Great Beyond.

PAULA  RAAGAS- VALLES. Paula (better known as Paulita and Daday) Baura Raagas was born on June 6, 1922 in Maribojoc, Bohol. Known for her striking beauty, winsome charm and intelligence, she was crowned Miss Bohol on May 4, 1941 at the young age of 18  and just a month away from her 19th birthday. 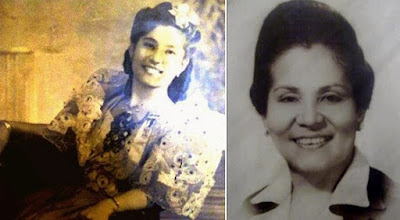 
She later on married her childhood sweetheart Dionisio Valles also from Maribojoc. She served as Municipal Mayor of Maribojoc from 1978 to 1986.

She passed away on July 8, 2012 at the ripe old age of 90 in Metro Manila (Thanks to Allouie Jumawan Escabarte)

ELLEN CAMPBELL. The tall and tantalizing Ellen “Jick Jick” Campbell of Tagbilaran City bested a field of 34 of the most beautiful and accomplished young women of the province. 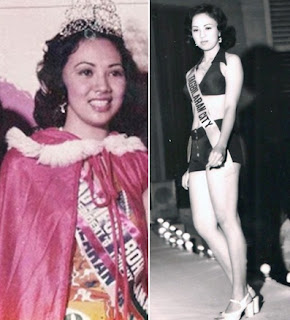 Ellen "Jick Jick" Campbell passed away in Feb 26, 2001 after losing the battle with the big C.

MARCEL GATAL- DIEGO. Marcelina Marcel Orimaco Gatal was Your Roving Eye’s sister. Prior to winning the Miss Young Bohol 1983 crown, she was a popular DJ and newscaster of DYRD & KISS FM and had represented the province in the 1982 Hiyas ng Silangan- Pilipinas pageant where she was named Miss Talent and a Top Ten finalist. 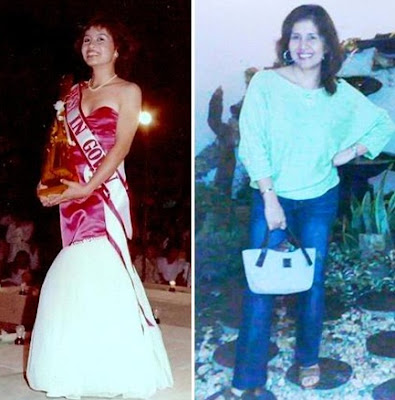 
She lost her four- year battle with breast cancer complicated by lung cancer on November 2, 2016. She was 53 years old.

As Binibining Talibon 1992, Suzette represented her municipality in the 1992 Miss Bohol Pageant where her beautiful angelic face, charm & wit made her one of the favorites to win the crown.

True enough, she emerged 2nd RU to Celevel Ranoco of Jagna and she was also selected as Best in Filipina Costume. 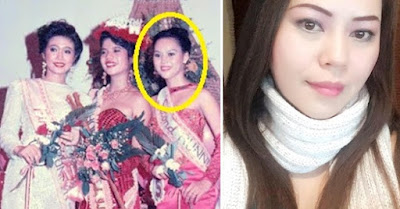 Suzette who has been based for years in Dubai succumbed to complications from lung cancer and left behind an only daughter Reina.  She was in her early 40’s when she passed away on November 15, 2016

MARECOR RECIO- BOLIGAO. She would always be remembered as one of the loveliest Miss Bohol winners after she was named 2nd RU to Mellanie Wallace in Miss Bohol 2000.


It was  in September 2010 when news of the violent and senseless murder of businesswoman and former Miss Tubigon Marecor "Coi" Recio and her husband Alphonsus "Dodo" Boligao shocked the pageant community in Bohol.

They were on their way home on board their car when ambushed by still unidentified assailants. Marecor who was due with her third child reportedly tried to shield her husband from the killers but it was a futile attempt. She was only 27 when she met her untimely demise.

Dear readers, do spare a minute of silence for the eternal repose of our beautiful queens who are now safely in the warm embrace of our Creator in heaven where there is no pain & sorrow and where the sun shines gloriously all day long.
at November 02, 2017