Miss Universe 2019: Is It Time for a Thailand Triumph?

It’s about time for a third Miss Universe winner from Thailand. It’s long- overdue. Their previous wins were in 1965 and 1988. Gunning for their fifth consecutive placement since 2015 and hopefully, their third win, Thailand is leaving no stone unturned to ensure their bet’s victory.

From preparation time to send- off, Thailand left no stone unturned to ensure a Miss Universe victory. Talk about a spectacular send- off for any Miss Universe candidate! That scene in Thailand when throngs of Thai pageant fanatics converged to send off their Miss Universe bet is epic!

So why should Thailand win its third Miss Universe crown?

The following are points to support a Thai victory:

-  Thais are among the most fanatical when it comes to Miss Universe pageant fans. Remember how the whole venue erupted into thunderous applause & cheers when their hometown bet made the top 20 and eventually place among the top ten in last year’s Miss Universe edition. Rewarding Thailand with the Miss Universe crown would be a profitable move for MUO.

-     Thailand has spent millions in dollars to host three successful editions of Miss Universe. Giving them the crown would be a token of gratitude for the spectacular Miss Universe 2018 edition that had 94 delegates- the most in Miss Universe history. 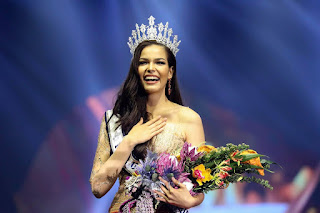 Fahsai Drouin: Is She the One?

Exciting airport send- off
-    She was chosen by Mouawad, the new crown sponsor to model for the company which further made people in the pageant world to believe that she is the chosen one. Remember Catriona Gray? She was invited by Sherri Hill, Miss Universe major sponsor to model at the New York Fashion Week even before the Miss Universe pageant officially started. 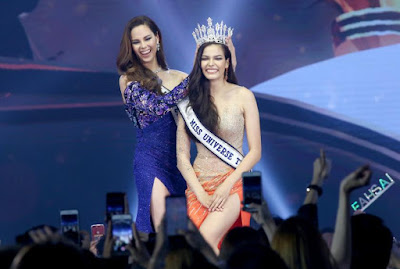 -   Crowning another biracial beauty from Asia would be a case of too much, too soon and would be against IMG’s stance on beauty in diversity.
-     The intense pressure to deliver just might overwhelm Fahsai
-     The growing buzz that a black beauty will be crowned might turn out to be true.
-    The ladies from the Philippines, France, Colombia and Kenya have been gaining momentum during the past few days leading to the pageant finals.