Ms. Cloma who is vying for Class Valedictorian and is her school paper’s Associate Editor earlier swept the swimsuit, evening gown and interviews before leading four other girls into the final round.  The beauty queen was also named Miss Photogenic, Miss Renaissance Spa, Miss Panglao Island Travel & Tours, Miss Bohol Beach Club, Darling of the Crowd, Best in Interview, Best in Resort Wear & Best in Casual Wear.
WINNING ANSWER When asked how she would convince people from around the world to visit her hometown Panglao, known as Bohol tourism’s crowning jewel, she confidently answered

“ I will convince people around the world to visit my hometown through the use of my advocacy project which is “Social Media Revolution” . By highlighting and showcasing my hometown’s beauty, her people and her peace & order through regular social media, I hope that I would be able to show the world what a great and safe place my hometown is” 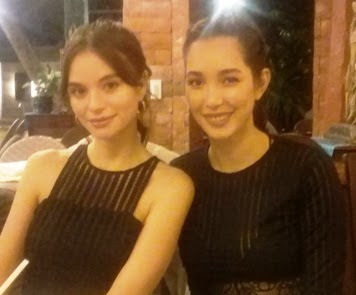 
Gov. Edgar Chatto lauded the pageant organizers for making Miss Panglao a platform for youth empowerment & where the girls can share their time, talent & treasures to make a difference in the community.
The two- hour show that was attended by Gov. Edgar Chatto, Cong. Rene Relampagos & Cong. Art Yap and drew in thousands of spectators has produced beauties who later on shone in provincial, regional and national pageants.

Just a month ago, Catherine Cadayona Tabaniag who represented Panglao & Bohol in the Miss Philippines Earth 2017 placed among the top ten finalists and eventually finished as runner up. She was also named Miss Talent, 2nd Best in Gown and 3rd Darling of the Press. She publicly acknowledged the Montero family for making it possible for Panglao beauties to pursue and realize their dreams.

Behind the show’s creative & artistic direction was Mr. Deo Guden, hotelier and artistic gem from Loon