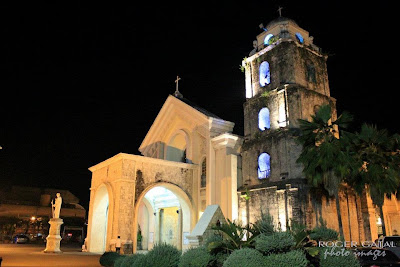 The activities are aimed at reviving, preserving and promoting the city’s significant tradition and unique cultural heritage, in cognizance with Executive Order No. 2 Series of 2013 which created the City Council for Culture and the Arts.

On April 29, from 2:00 to 6:00 P.M., the statues of Saint Joseph, Mother Mary and Santo Nino comprising the Holy Family will be featured during the fluvial procession from Manga Port to Sitio Ubos, Poblacion I.

On April 30, the first-ever “Saulog Tagbilaran,” a religion-based cultural activity, bringing to the fore the life of Saint Joseph, the City’s patron saint, as a loving father and devoted worker and the local devotees’ way of paying homage and thanksgiving.

The streetdancing also intends to drumbeat the 250th anniversary of the Cathedral Parish of Saint Joseph the Worker in 2017.

The 9 contingents - Bool, Booy, Cabawan, Cogon, Manga, Mansasa, Poblacion I, Poblacion 2 and Ubujan - shall assemble along the Old City Hall at 12:00 noon.