With the staging of the Rotary Club of Tagbilaran's Santacruzan 2015   last Thursday,May 21, everyone started talking about the Santacruzan and the Flores de Mayo which eventually led to people asking whether they are one and the same.

THE SANTACRUZAN is a novena procession commemorating St. Helena’s (Elena) mythical finding of the cross. St.  One of the most colorful May-time festivals in the Philippines which represent the finding of the Holy Cross by Queen Helena, mother of Constantine the Great, the Santacruzan is a popular religious-historical beauty pageant held in many cities, towns and even small villages throughout the Philippines and culminates with a procession at the end of the Flores de Mayo celebration in May.

The term "Santacruzan" comes from the Spanish words for "holy" ("santa") and "cross" ("cruz"). Helena was the mother of Constantine the Great. 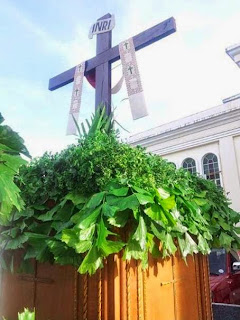 The festivity celebrates the search of the Holy Cross by Queen Helena (Reina Elena) and her son, the newly converted emperor Constantine.

According to legends, 300 years after the death of Christ, at the age of 75, she went to Calvary to conduct a search for the Cross. Eventually, she found the Holy Cross in Jerusalem and after bringing it back to Rome, there were celebrations & merrymaking everywhere for thanksgiving. 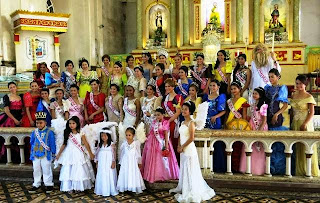 St. Helena’s feast day falls on August 8 but the finding of the Cross is marked every third day of May. In the Philippines, this celebration is movable and usually takes place during the last days of May.
The Santacruzan is a procession that differs from most other religious processions in that it does not parade images of patron saints. Instead, there is a procession of local maidens who are dressed in Filipiniana ternos or in appropriate costumes based on Biblical & historical characters and carrying the symbols based on their sagala titles. 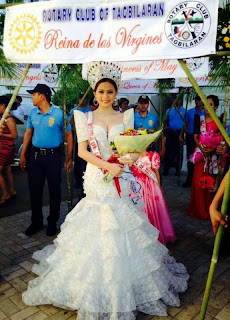 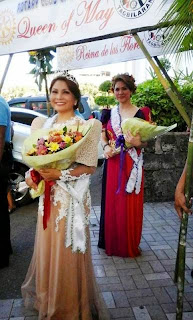 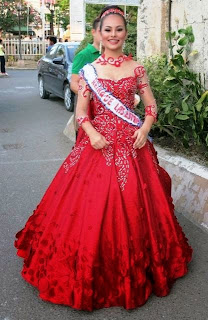 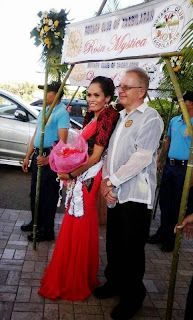 These maidens are usually selected for their beauty and for their social standing in the community. It is said that the highest compliment that a lady or her family (by extension)  can receive in the community is to be invited by civic clubs & the church to be a sagala

THE FLORES DE MAYO on the other hand, is a Catholic festival held in the Philippines in the month of May. It lasts for a month, and is held in honor of the Virgin Mary. Every day in the whole month of May, prayers and flowers are being offered to Mama Mary in barangay or towns’ “kapilya” or chapel. 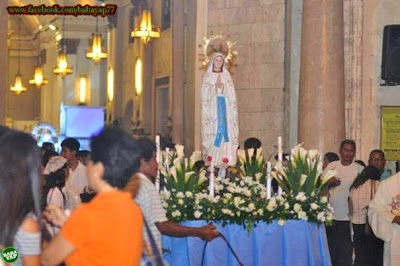 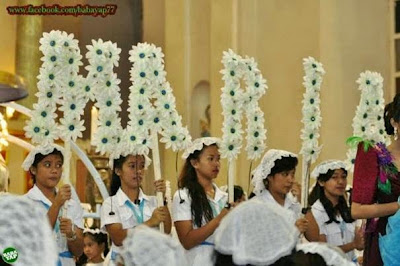 There are also some areas in our province where a form of entertainment is conducted after the praying of the Holy Rosary and flower offering. This form of entertainment is composed of presentations from local folks particularly by kids who usually prepare song and dance numbers and present these during such activities. There is an hermano mayor who will take charge of the food to be distributed to all. 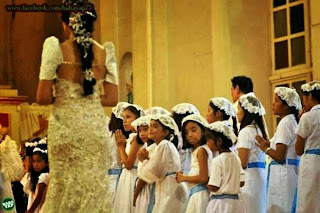 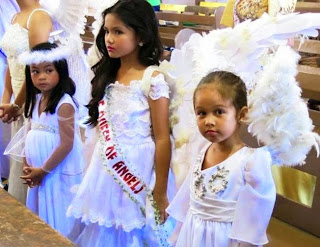 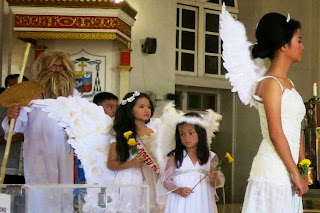 Regardless of the differences, both the Santacruzan and Flores de Mayo which are affirmations of Filipinos strong devotion to Mama Mary are legacies bequeathed by the Spaniards some 300 years ago and has since become part of Filipino traditional religious activities for Filipinos.

Both should be preserved, respected and honored for what they were originally meant to be: an expression of respect & adoration for Mama Mary & a reflection of Filipinos' deep spirituality and strong faith in God.