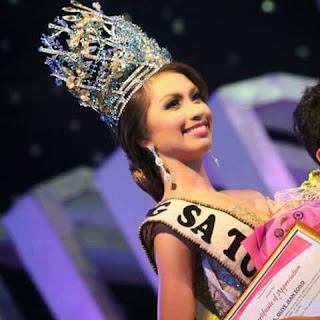 Tanda sa Tubigon 2015 recently marked its Silver anniversary since its founding in 1990. Aside from its succulent & fresh seafood and sumptuous Filipino fiesta favorites, Tubigon is also renowned for its festive, entertaining & spectacular productions.
Also known as one of Bohol’s bedrocks for culture & the arts, the bustling seaport town, as usual, did not disappoint when it staged its twinbill centerpiece offerings: Anyag sa Tubigon & the first- ever Ambongan sa Tubigon.
TWIN TIDBITS
There were two interesting things that I found about Anyag sa Tubigon Pageant. First, is the inclusion of the candidates’ professionalism and their conduct during the entire duration of the pageant in the pre- judging scores and second is the swimsuit competition or its absence as in the case of Anyag sa Tubigon which proved that pageants can still be crowd- drawers even without the requisite swimsuit segment. 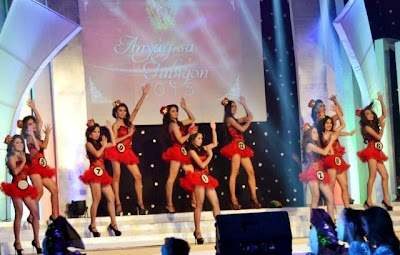 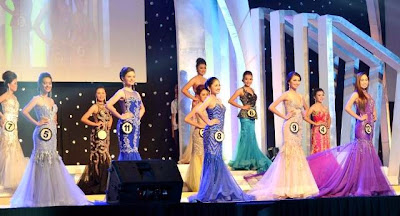 Jason Barba Martinote, pageant chair, revealed that the decision is in deference to the event’s reason for its being which is the fiesta in honor of St. Isidor de Labrador.
Your Blogger was invited to co- host the Anyag pageant specifically to handle the Q & A segments. Dennis Balbero directed the fast- paced two hour show that gave the spotlight to the 12 candidates. After the club wear, evening gowns & casual interviews, the field was trimmed to the final five.
FINAL FIVE
One final common question sealed the fate of the ladies. It was a thrilling down-to-the- wire finish for the morena charmer Jean Olive Zoilo & the bubbly & spontaneous half- Belgian stunner Pauline Amelinckx. 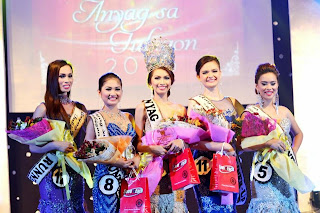 Thank You Tubigon for the invite!