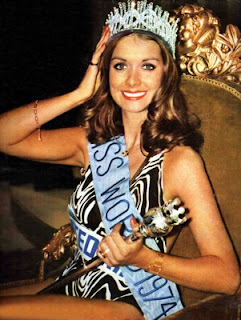 She was crowned the 1974 Miss World and was 1ST Runner Up to Amparo Munoz in Miss Universe held in Manila, Philippines

Considered one of the most controversial winners in the history of Miss World, Helen came back a year  ago to watch the competition for the first time in almost 40 years, putting an end to decades of self-imposed exile.

Helen Morgan won the title in 1974, but was forced out after only four days as a result of tabloid newspaper revelations that she was an unmarried mother, and allegations – which she denied – of an affair with a married man.


TO RESIGN OR TO BE REPLACED?

It may be hard to credit now, but the shock resignation of the 22-year-old from Barry, Wales, was one of the biggest stories of the time – for Ms Morgan was the first Miss World to quit.

Pageants have always been said to be the channels for anything that is associated with the true, the good and the beautiful.

These competitions on pulchritude, poise and personality have been the passport for instant fame and fortune for young women all over the world.

And as is the case for most glamorous events where you chance on some of the most stunningly beautiful faces you could ever see in your entire life, these pageants unwittingly and reluctantly, skyrocket to more media buzz especially when something salacious involve some of their key players whether the organizer or the candidates.

Intrigues and scandals have in fact threatened the survival of these pageants during the early years.

Did you know that one of the most controversial Miss World winners ever had been pressured to give up her crown four days after being declared the winner?

She is Helen Elizabeth Morgan of Wales who won the 1974 Miss World crown. Earlier that year, she finished as 1st Runner Up to Amparo Munoz of Spain in the Miss Universe Pageant held in Manila.

It has always been known that Helen Elizabeth Morgan resigned as Miss World in 1974 after being exposed a mother of an 18-month old baby that she left to her mom’s care while competing at the pageant.

But, this was actually no secret since she has always been open about being a mother even after winning Miss United Kingdom.

She even declared offering her victory to her son, Richard while being interviewed minutes after winning the title. 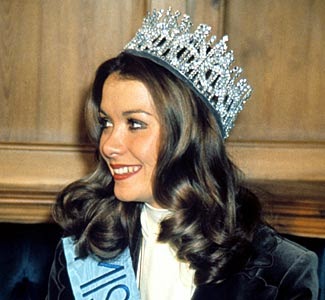 Apparently, the rules only implied a candidate must be single but did not specifically stipulate the rules about single mothers participating. She was still made to resign after the pressure received by the organization from the losing candidates and the public saying it was inappropriate to crown a mother. 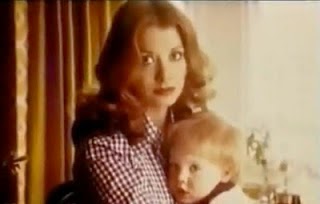 Days after Helen Morgan of the United Kingdom won the Miss World title in 1974, two men have actually disputed her son Richard, both claiming to be the child’s father which she both quickly denied since she has always lived with her son’s father in Barry but agreed on not getting married though they’ve been staying together for the child.


Eric Morley then revised the rule saying mothers, single or married, would not be allowed to compete in order for them to pay more attention to their children which can coincide with the many responsibilities and duties as Miss World.
1st RU Anneline Kriel of South Africa succeeded Helen’s throne that year.