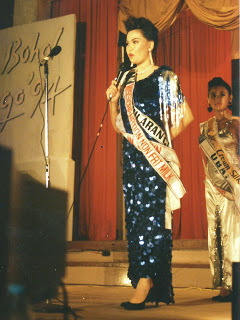 It was a date with destiny for one perky 16 year old BS Med Tech freshman who had to skip many of her classes in Cebu just to go home to Bohol for the rehearsals, location pictorials, video shoots & numerous appearances related with the glamorous highlight of the Bohol Sandugo Festival that celebrates the blood compact between Datu Sikatuna and Miguel Lopez de Legazpi.

Whatever the outcome of the pageant, she can finally heave a sigh of relief knowing that it would all be over and she would be able to return to her seemingly normal schedule of school- dorm- school routine

As it neared 9 pm, she was getting edgy and tense for after all, three years back her elder sister Joanna Cheryl nearly won the crown when she placed 2nd RU to the eventual queen from Jagna. Would she be able to duplicate Ate Chewee's feat or surpass it? The worst that could happen was not making the cut for the final five! 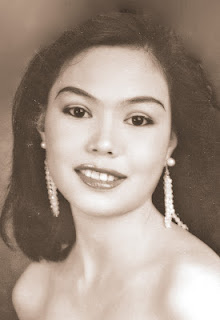 The tension and excitement at the dressing room kept growing as hoots and whistles from the sizable crowd from all parts of Bohol soon rose to a crescendo as almost everyone clamored for the show to start .

Pageant fans and supporters had gathered that night at the DWCT Gym for the biggest beauty spectacle of Bohol.

Yes, then and until now, the Miss Bohol Sandugo Pageant has always been regarded as the most prestigious beauty competition in the province with the title opening doors of opportunities and instant fame for the winner and a reason for celebration to the city or town whose representative has won the crown.

The Rotaract Club of Tagbilaran City in cooperation with the Bohol Sandugo Foundation, Inc. was tasked to organize and mount the 1994 edition of the pageant . Rotaractor Mary Ann Udtohan showed the girls how to sashay and dance a storm onstage. Yes, Mary Ann, she with the terpsichorean talent, was the choreographer with Jonathan Pascual and Teddy Ramasola helping out with the concept and execution of the pageant flow 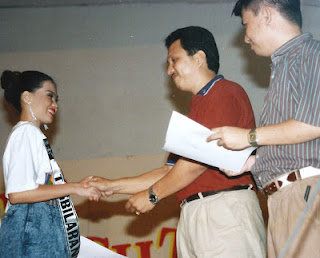 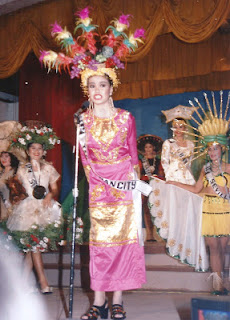 In keeping with the that year’s theme “Festival in the Tropics”, Miss Bohol Sandugo opened with a dazzling and brilliant display of colors as the girls came out in festival costumes. 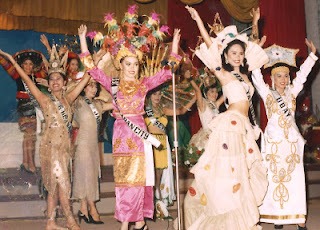 Amidst the upbeat rhythm of neo ethnic music, frenetic choreography and the cheers from the girls’ supporters, the girls introduced themselves

The girls then competed in Casual Wear, Swimsuits, Evening Gowns and underwent an Interview Round before the finalists were called on centerstage for the penultimate round 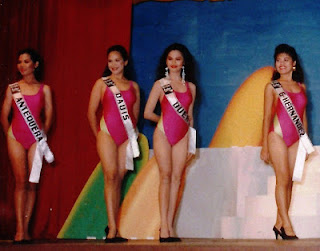 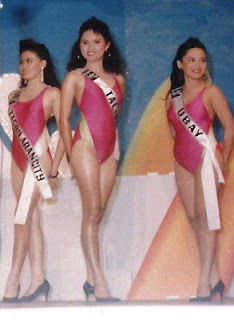 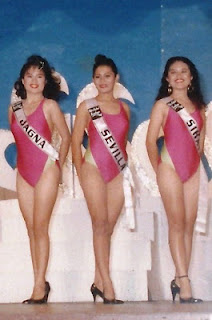 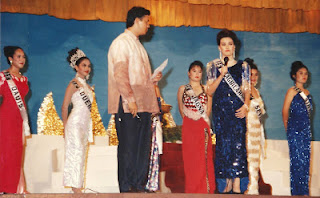 After another round of interviews, the announcement of winners came. 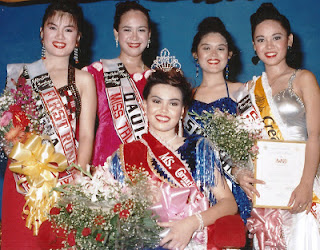 Vanessa truly epitomized Beauty, Brains & Breeding
Barely a month prior to winning the 1994 Miss Tagbilaran crown & the right to represent the city in the 1994 Miss Bohol Sandugo Pageant, the young lady had already earned an achievement.

SAYING NO TO MUTYA NG PILIPINAS

During her reign as Ms. Bohol Sandugo, she was supposed to represent the province in Mutya ng Pilipinas- Central Visayas search, the official regional preliminary for the annual Mutya ng Pilipinas pageant, then the rival of Bb. Pilipinas as the most prestigious national beauty search in the Philippines.

She humbly declined the request of the Bohol Sandugo Foundation, Inc. because she had to prioritize her schooling and didn't want to lose her SWU academic scholarship. 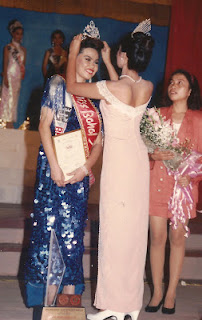 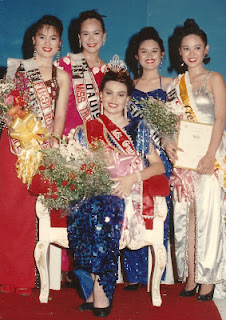 In a province that takes its beauty pageants seriously and passionately, bitter rivalry & irrational behavior sometimes take over prudence and  common sense especially when the municipalities and the city send competitive candidates to the annual search for Bohol's fairest. 1994 was no exception.

The hottest controversy involved Vanessa Joyce herself. A  lot of the municipalities had questioned her participation because at the time of the pageant, she was just 16 years old and the age qualification was 17 to 23 years old. 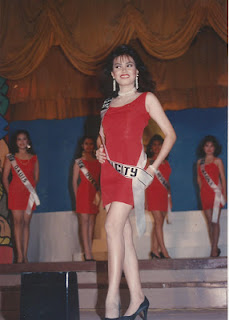 Some of the municipalities threatened to withdraw but the Executive Committee settled it by allowing her to join for two reasons; First, she was crowned Miss Tagbilaran City that year and so was the legitimate candidate of the city. Secondly, she was to turn 17 that year so there. 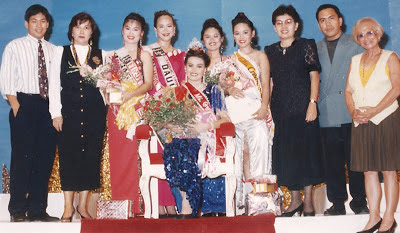 The issue on age requirements  would resurface again years later when the participation of Miss Calape Mellanie Wallace in the 2000 edition of the pageant was also questioned because of her age. She was only 16 years old at the time of the pageant 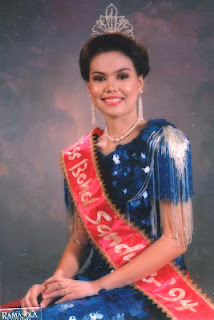 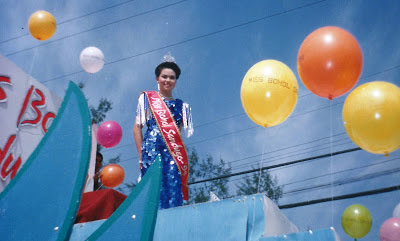 One of the judges was Sam Costanilla of Cebu City's Freeman Newspaper. He then featured Bambi on the cover of it's sister publication, the Freeman Magazine.

So after being handpicked as Ms. Medical Technology 1995, she joined the Ms. Southwestern University in December of 1995 (however, her official title is Ms. SWU 1996).

Bambi also holds the distinction of being the Golden Jubilee Queen of Southwestern University as 1996 was SWU's Golden Anniversary after being founded as a university.

After her student days were over, Bambi would reap more honors and achieve more of her personal and professional goals. This would be the subject for Part Two on this amazing Boholana achiever 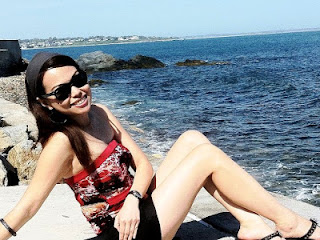