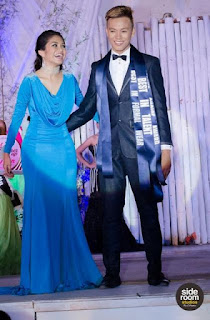 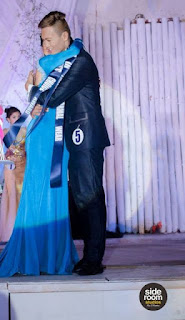 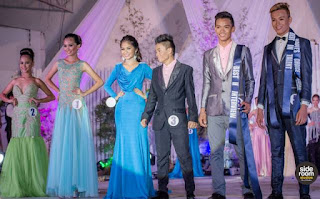 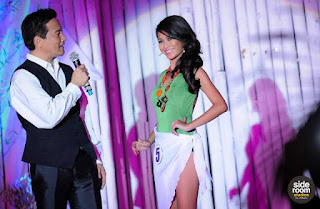 BOARD OF JUDGES. Adding star power to the event was the board of judges chaired by Kris Tiffany Maslog Janson, 2014 Bb Piipinas- InterContinental & the 2nd RU in Miss InterContinental 2014 where she was selected as Miss Photogenic and Asia & Pacific Queen of Beauty. Another glamorous judge was Wynonah Van Joy Buot, the reigning Miss Cebu 215.
The hunky & boyishly appealing ABS CBN Mag TV na host Jonathan Cimafranca was there too and and finally, Atty. Dominique Lim, Lite Shipping Corp. legal counsel completed the line- up.


The Project Chair, the very youthful & pretty Hon. 1st Councilor RB Imboy was very ecstatic with how the pageant had become an avenue to develop & showcase the potentials of the youth of Loay.
SHOWCASE OF LOAY’S BEAUTY. As a parting shot, Loay’s very first lady mayor, Hon. Rosemarie L. Imboy, congratulated & thanked all the candidates for their support & participation in the community event.

The radiantly beautiful mayor who was aglow during pageant night, likened the candidates’ transformation from raw teens into more confident individuals to that of Loay’s progress & how the town has kept apace with the march to development.

Vicariously, through the candidates, Loaynons have shown everyone the best there is about the town and why there was much to be thankful and to celebrate during its fiesta.