It was July 1993 and the Sandugo Festival was in full throttle with the array of activities being lined- up. Nothing can compare with the keen anticipation that every pageant fan had for the selection & coronation of Miss Bohol Sandugo 1993.

You see, the town of Jagna was in a roll with its performance in the pageant. The town had dominated the pageant with its bets getting crowned successively the last three years as Miss Bohol Sandugo.

Tiffany Yap did it first in 1990 followed by Recelle Adlaon in 1991 and Celevel Ranoco made it three years in row with her victory in 1992. No other town in Bohol , not even the City of Tagbilaran had achieved Jagna’s feat in the Miss Bohol Sandugo pageant.

So imagine the pressure being felt by the charming Soccorro Llido who was representing Jagna that year. Everyone was expecting that Ms Llido will bring home its fourth Miss Bohol crown.
Giving her stiff competition were Mary Ann Eronico, a svelte & fragile- looking coed who represented Talibon & Cynthia Limbago, the beauty & brains from Loboc. Another girl who was deemed a major contender was the gorgeous Cynthia Wong from Calape.
During coronation night, it seemed like all the stars in heaven had aligned in favor of Mary Ann. In contrast to the heavily beaded & sequinned gowns with puffed sleeves that seemed to be de rigueur in the early 1990’s, May Ann opted to wear a simple red evening gown.

The result? She was a vision of class & elegance and topped the Evening Gown Competition.


Despite the equally strong performances of Miss Jagna and the other frontunners, Mary Ann simply was unstoppable that night as she claimed for Talibon its first & so far, only Miss Bohol crown.

Miss Jagna Socorro Llido settled for 1st Runner Up which coincidentally was the placement of Jagna in the next two years while the 2nd RU  spot went to Miss Calape Cynthia Wong. 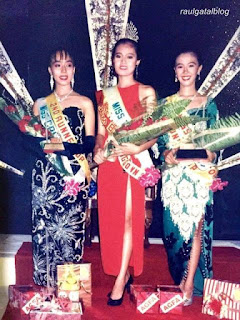 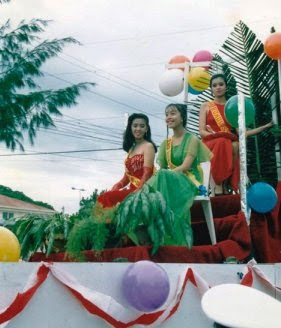